Although already pushed by a past governor’s executive order and implemented by state agencies, California’s ambitious 33%-by-2020 renewable energy goal was passed by the legislature and sent to Gov. Jerry Brown on Tuesday, as the latest attempt to codify the goal in state law. Backers of the measure (SB 2X) said Brown is expected to sign it into law.

At least one major energy utility, San Francisco-based Pacific Gas and Electric Co. (PG&E), remained opposed to the measure, but one of the utility’s officials in Sacramento told NGI that the giant combination utility will not urge a veto from Brown.

“We will be sending a letter to the governor describing our interest in working on a clean-up bill to address our issues,” the PG&E manager said. That letter was delivered to Brown from Edward Bedwell, vice president for government relations, saying, in part, that the utility “joined many others in raising multiple concerns [about SB 2X] related to customer costs, the transition to the new program, and uncertainty concerning banking rules [for renewable buying above the goals].”

A clean energy/environmental lobbying group in Sacramento, Environment California, hailed the passage of SB 2X by the state lower house Assembly as “one of the biggest environmental victories of the year.” The group’s clean energy advocate, Bernadette Del Chiaro, called the 2020 renewable portfolio standard (RPS) bill “a huge clean energy victory.” The Assembly passed the measure 59-19.

Bedwell told the governor in his letter that the current bill could have “many unintended consequences,” such as creating what he called a “seller’s market” for renewable power supplies that could create undue costs for California’s retail power customers. PG&E thinks the state’s new law needs to be modified to incorporate what Bedwell called “lessons learned from the past” in regard to transitioning to the higher goal.

Similar measures passed two years ago in the legislature but were vetoed by then-Gov. Arnold Schwarzenegger, who considered them counterproductive for establishing provisions for hitting the renewable target that would be what some of the major utilities at the time thought were “overly restrictive and too costly” (see Daily GPI, Nov. 10, 2009). In addition, the measures that were vetoed by Schwarzenegger in favor of a second executive order were considered too risky to grid reliability longer term, he said.

One of the issues then is still around in SB 2X — restrictions on the amount of out-of-state renewable projects that could count toward the 2020 RPS goal. This is one of the concerns PG&E still wants to resolve.

“[Renewable] electricity has to be produced (a) in the state or near the border or delivered to an in-state location, and/or (b) [its] first point of interconnection has to be to the Western Electricity Coordinating Council, be built after 2005, and can’t contribute to environmental degradation within California,” said Del Chiaro, who called the new measure “the strongest and biggest clean energy law in the country.”

After Schwarzenegger’s 2009 executive order, the 33% RPS was adopted in the past year by California Air Resources Board as part of its ongoing implementation of the state’s climate change mitigation law (AB 32). 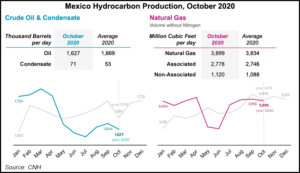