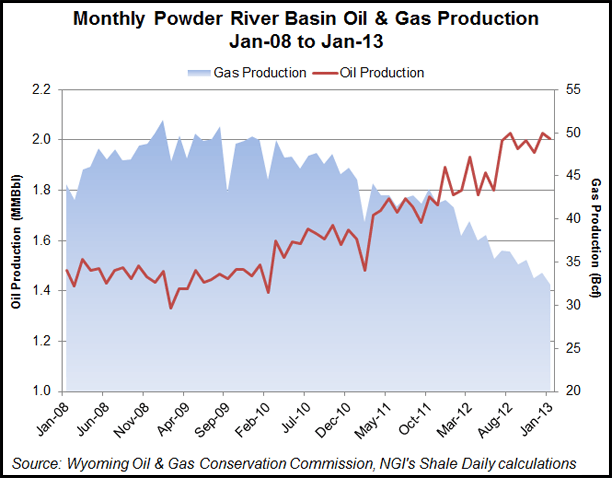 The group has submitted a rulemaking petition to the Wyoming Oil and Gas Conservation Commission (OGCC), zeroing in on three issues: reducing gas flaring at the wellhead, setback requirements for drilling rigs, and penalties that may be assessed for exploration and production (E&P) companies that break the rules.

“The governor very much supports updating our rules and regulations,” said spokesman Renny MacKay. He was unclear on what the process at the OGCC would be to address the petition.

The resource council’s Jill Morrison told reporters in Wyoming that flaring has been recognized as a problem in the state for a long time. Noting that the OGCC, the legislature and the governor have already flagged the issue, Morrison called flaring “a serious waste of a very important resource that the state and private mineral owners are losing royalty money on and we’re losing tax dollars on. But it is also a health and safety issue.”

The resource council wants the OGCC to discuss the issues raised and move forward with a forum to gain public input.

OGCC Supervisor Grant Black ultimately would decide whether to place the issues before the OGCC, which is chaired by Mead, the state geologist, the head of the Office of State Lands and Investment, and two citizen representatives.

Black told NGI late Wednesday he has been traveling and had not yet seen the petition or discussed the process going forward with “appropriate parties.” He said he intends to do that next week when he returns to his office.

Monthly gas production in the Powder River Basin has declined steadily for some time, reaching a low of 19.3 Bcf in March, even as oil production has increased to 1.64 million bbl in March.