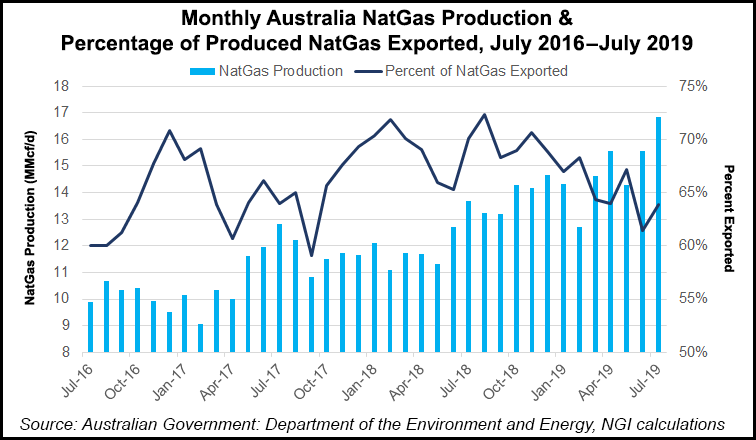 Initially, the Australian gas giant plans to provide Uniper with up to 0.5 million metric tons/year (mmty) beginning in 2021, increasing to around 1 mmty in 2025.

“This HOA deepens our relationship with Uniper, an international energy company and a leading player in global gas markets. It is also another strong signal of market support for our plans to expand the Pluto LNG facility in Western Australia.

“The addition of a second LNG production train at Pluto, to be supplied with gas from the Scarborough offshore field development, is a key element of our proposed Burrup Hub.”

Uniper “is committed to growing its LNG trading business in both the Atlantic and Pacific basins,” Uniper CEO Keith Martin said. “This HOA with Woodside, one of Asia-Pacific’s leading LNG producers, is a further demonstration of the expansion of our portfolio in the region.”

The HOA is conditional until a sale and purchase agreement is finalized and the Scarborough development is sanctioned, Woodside noted.

Woodside, Australia’s largest independent, and Chevron Canada Ltd. also are partnering in the still unsanctioned KM LNG, which could export up to 2.7 Bcf/d offshore British Columbia in Kitimat.

Woodside also has gas supply partnerships in Australia with Chevron, which is one of the country’s leading LNG exporters.

Chevron CFO Pierre Breber said during the second quarter conference call that the supermajor was looking for ways to build its LNG empire, now centered around its two massive Australian export projects, Wheatstone and Gorgon.

The Australian LNG projects produced “over and above” what was expected during the second quarter, with the extra cargoes exposed to spot prices. Some purchasers exercised the flexibility in their contracts, Chevron’s upstream chief Jay Johnson told analysts.