The U.S. Senate on Sunday passed a massive spending bill that would invest hundreds of billions of dollars to reshape the energy sector and try to slow climate change, creating far-reaching implications for oil and natural gas, as well as the economy broadly. 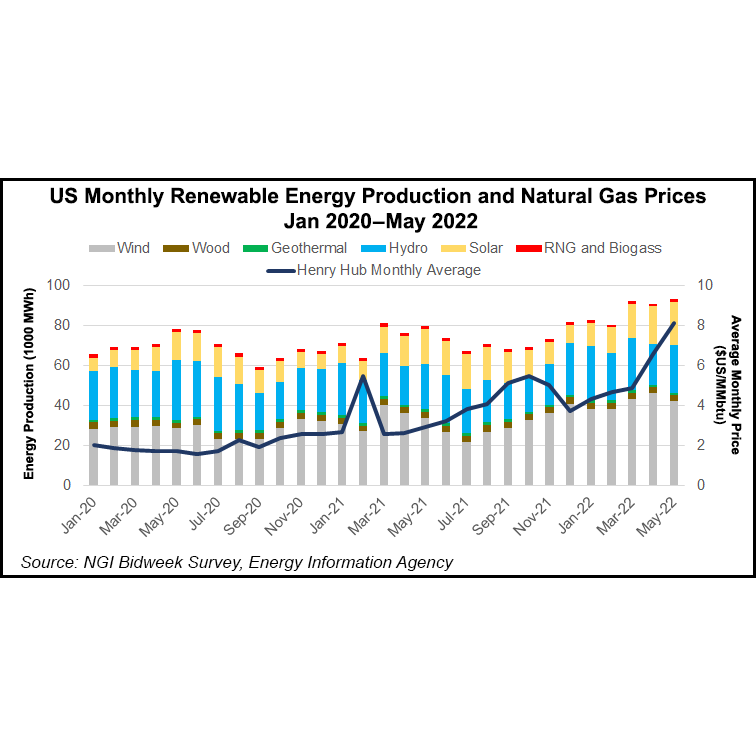 The legislation targets a roughly 40% reduction in GHG emissions below 2005 levels by 2030 and would be the most far-reaching climate legislation in the United States to date. President Biden set a goal of cutting emissions in half by 2030. He called the legislation a major step toward his target.

Vice President Kamala Harris cast the tiebreaking vote on the bill. All 50 Senate Democrats voted in favor, while all 50 Republicans opposed the legislation.

‘On Track For Passage’

The bill moves to the Democrat-controlled House, which convenes on Friday, and “looks to be on track for passage,” policy analysts at ClearView Energy Partners LLC said Monday.

Tax credits in the bill include $30 billion to hasten the production of solar panels and wind turbines, among other renewable energy infrastructure. It would spend another $10 billion on facilities to manufacture electric cars and future innovations. The legislation also calls for $60 billion to develop clean energy sources in poor communities.

“We are one step closer to accelerating the clean energy dream,” said analyst James West of Evercore ISI.

Tax incentives in the bill would enable consumers to receive subsidies for energy-efficient products, as well as a $7,500 tax credit to buy electric vehicles.

Notably, the legislation would reward natural gas and oil companies that address methane leaks and penalize with fines those that do not. In addition to a new minimum 15% corporate tax, it also establishes a 1% excise tax on company stock buybacks. Energy companies have rewarded shareholders with multiple rounds of buybacks over the past several quarters.

The bill ensures oil and gas drilling leases in the Gulf of Mexico and Alaska’s Cook Inlet. It also would require that the federal government continue to hold regular auctions for oil and gas leases alongside any new plans for wind or solar projects on federal land.

Companies also would be rewarded for investing in carbon capture technology with tax credits. In doing so, the legislation would enable plants that burn gas or coal to remain open if they use the evolving technology. It also encourages alternative forms of energy such as hydrogen.

“While we’re encouraged that the bill will likely open the door to more federal onshore and offshore lease sales and will expand and extend tax credits for carbon capture, we remain opposed to policies that raise taxes and discourage investment in U.S. oil and natural gas,” CEO Mike Sommers said Monday.

“Glaringly absent in the bill is permitting reform, which is required for America’s infrastructure needs and to bolster critical oil, natural gas and renewable supplies to meet our current and future energy demand,” he added.

Still, Jefferies Financial Group Inc. analysts said the bill is “over-politicized” and “there is room” for bipartisanship and oil and gas sector support “as it pertains to domestic production of negative emissions technologies.”

During earnings calls this month, for example, ConocoPhillips and Occidental Petroleum Corp. executives found positives in the legislation. While the bill promotes growth of renewable energy, it effectively charts a course for natural gas and oil to play important roles in a long-term energy evolution, they said.

“At least the agreement recognizes that natural gas and oil are an important part of the energy transition and are going to be here for decades. So that’s a positive,” ConocoPhillips CEO Ryan Lance said.

Occidental, meanwhile, could capitalize on tax credits for carbon-capture projects, CEO Vicki Hollub said. The company is working on the world’s largest facility to capture carbon directly from the air.

“When you look at the Gulf of Mexico benefits, and you look at the requirements for the methane emissions and reductions and that sort of thing, which are things we already were doing, this is turning into, for us, net very positive,” Hollub said.