A district court judge wants the highest court in West Virginia, the Supreme Court of Appeals, to certify whether existing state law allows a company to drill on land where it doesn’t own the surface rights, but it owns the underlying mineral rights. 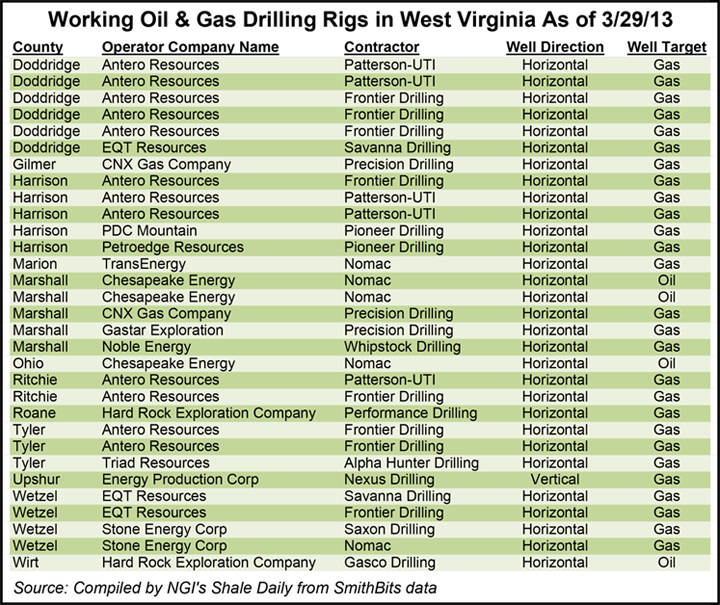 Judge Irene Keeley, of the U.S. District Court for the Northern District of West Virginia, issued a ruling late last month that said it was unclear whether Cain or XTO were in the right.

“Although both parties have pointed to authority that is arguably analogous to the situation at hand, they have identified no clear controlling West Virginia precedent to guide the court’s decision,” Keely wrote. “Further, the court is well aware that the resolution of this question could have far-reaching legal and economic implications for the state of West Virginia. Such important and unsettled issues of state law should, in the first instance, be decided by West Virginia’s highest court.”

Keeley ordered both parties to jointly submit by April 29 a statement of “the facts relevant to the question, showing fully the nature of the controversy out of which the question arose.” The judge also ordered the sides to submit any potential “alternative formulations” to the question by the same date.

Cain filed a lawsuit against XTO and Waco Oil & Gas Inc. in Marion County Circuit Court in July 2011, arguing that the companies didn’t have the right to use his property to drill horizontal wells that would access natural gas from his neighbors’ reserves (see Shale Daily, Aug. 29, 2011). Cain’s motions to have the case — Cain v. XTO Energy Inc. et al., (No. 1:11-CV-111) — remanded back to county court have been denied. Waco is also no longer listed as a defendant.

Court records show that Cain owns about 105 surface acres, but Waco — formerly Trio Petroleum Corp. — purchased the mineral rights to an underlying 138-acre oil and gas reservation at a tax sale in 1999. The company then signed itself as leasee.

XTO has already drilled at least three wells from one pad on Cain’s property. The company had plans to drill at least another three wells on the first pad, plus a combined 12 wells on another two pads, for a total of 18 horizontal Marcellus Shale gas wells.

Julie Archer, spokeswoman for the West Virginia Surface Owners’ Rights Organization, told the Associated Press that the group isn’t opposed to XTO accessing the oil and gas under tracts adjacent to Cain’s, but believes the company shouldn’t be allowed drill on Cain’s land without his permission.

“We are not trying to stop the drilling by supporting this case,” Archer said. “We just don’t want to be treated like the renters in a company town.”

West Virginia oil and gas development continues to ramp up. As of March 29, there were 31 drilling rigs in operation within the state, 30 of which were horizontal, according to Smith Bits data and NGI’s Shale Daily calculations. Natural gas is the dominant target with only four rigs actively drilling for oil. Doddridge County in north central West Virginia is the most active county with six rigs in operation, followed by Harrison and Marshall counties — also in the north central portion of the state — each with five rigs.

Antero Resources is the leading driller in the state by far, operating 12 of the 31 active drill rigs. The next two leading operators are Chesapeake Energy Corp. and EQT Resources, which each are operating three rigs in West Virginia.