America’s “shale revolution,” combined with increased Gulf of Mexico oil production, the potential for major deposits in the Arctic, and growth in tight and heavy oil, including oilsands, makes North America’s energy picture much brighter than it was not that long ago, Royal Dutch Shell plc CEO Peter Voser said recently at the Chief Executives Club of Boston. 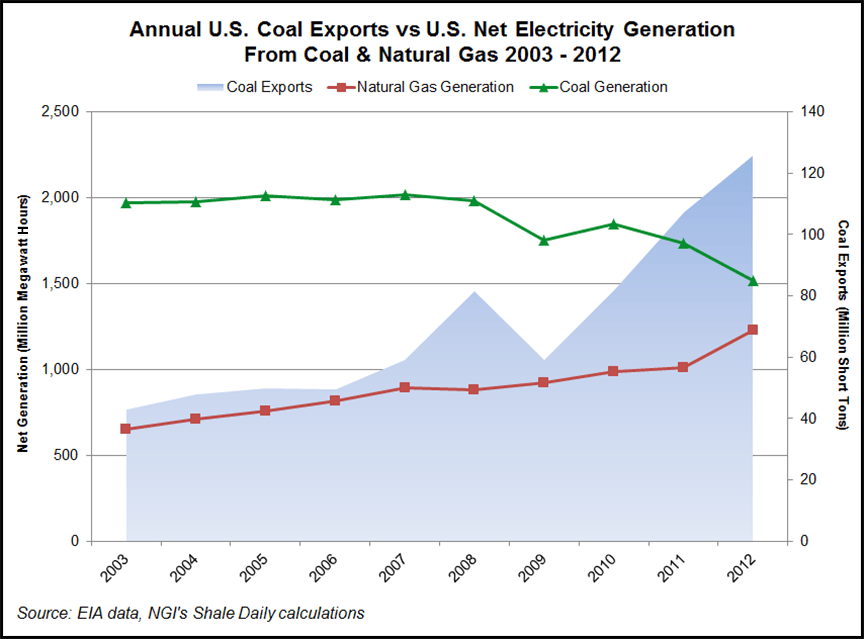 “Improvements in the technology known as hydraulic fracturing are unlocking huge volumes of oil and gas,” Voser said. “And this technology has the potential to do so elsewhere around the world as well. The United States has led the world in developing this technology and is already reaping the benefits of its deployment, in terms of greater energy security, economic growth and jobs.

Shale oil development has caused import cargoes traditionally bound for the United States to be diverted to new markets. And as power plants switch to natural gas from coal, U.S. coal is going to Europe, Voser said.

“In fact, according to U.S. Energy Information Agency data, natural gas has displaced nearly 10% of the coal used to generate electricity in the U.S. over the past two years,” he said.

“There is a certain irony here. Cheap U.S. coal is replacing cleaner-burning natural gas in Europe. Coal, of course, produces far more CO2 than natural gas. So despite a major, costly push to subsidize and develop renewables, Europe’s CO2 emissions were actually up last year, while here in America, they were down.”

European policymakers have shown less enthusiasm for natural gas than their U.S. counterparts, which, Voser said, doesn’t make sense because natural gas paired with renewable energy technologies is a winning team. “The fear among some is abundant natural gas will hinder the advance of renewables,” he said. “But gas has a strong role to play as a backbone fuel as the renewable industry develops…Natural gas can keep the electricity flowing when the sun doesn’t shine and the wind fails to blow.”

China may have considerably more shale gas than the United States, Voser said. Shell last year said it plans to spend $1 billion on the development of shale gas in China after inking a milestone agreement with officials to use its technical know-how in a first-ever production sharing contract (see Shale Daily, Aug. 23, 2012; March 22, 2012). Shell plans to target a 1,350-square-mile area for shale gas in the Fushun-Yongchuan block in southwestern China.

“…[T]he growth of shale resources globally is by no means certain,” Voser said. “The technologies, skills and policies needed for this revolution to take hold outside North America will need to be transferred and developed.”