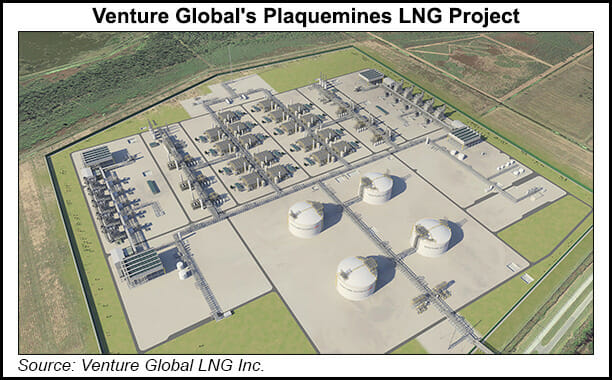 Before the storm, crews had worked to improve the existing driveway, install a silt fence perimeter and mow the site, according to the filing. In addition, environmental and safety training and project orientation took place on Aug. 17.

Venture Global has yet to take a final investment decision (FID) on the 20 million ton per year (mmty) Plaquemines LNG. Sanctioning is expected soon. A schedule on the company’s website shows financial close is expected by the end of the year.