“There is a stoppage of energy investment in Mexico currently, where the attitude of investors is to wait before expanding existing projects or developing new ones,” Balam Energy CEO Carlos Tapia told NGI’s Mexico Gas Price Index. 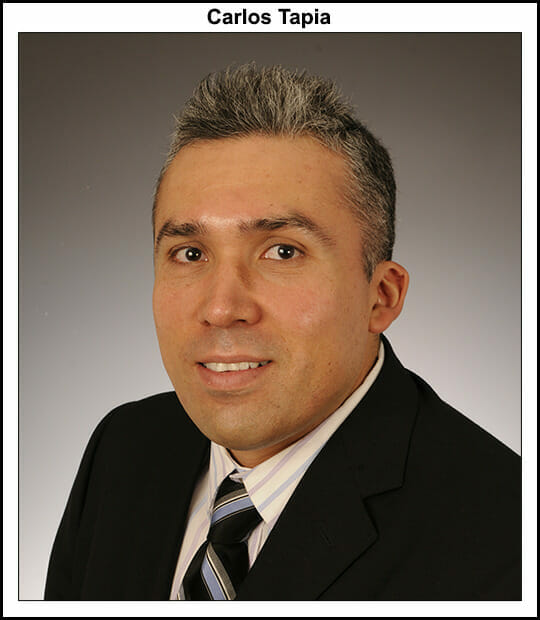 Tapia, who opened the consultancy Balam Energy in 2019, has more than 20 years of experience working on technical and commercial projects in the Mexican energy industry. He has led upstream and midstream technical projects for Petróleos Mexicanos (Pemex) in several national production areas and has been involved in telecommunication and control systems design for Comisión Federal de Electricidad’s (CFE) transmission and distribution subsidiaries.

Tapia has also played a significant role in forming partnerships between international companies and CFE for pipeline projects and combined-cycle power plant construction bids, and worked on the reconfiguration of Pemex’s refineries to form joint ventures for various midstream projects.

He holds a BSc in Mechanical-Electrical Engineering from Universidad Iberoamericana, Mexico City, and an MSc in Control Systems from The University of Sheffield in the U.K.

NGI: For readers not familiar with Balam Energy, can you tell us some about the company and what you do in the Mexican energy industry?

Tapia: Balam Energy is the result of more than 20 years of experience with technical and commercial projects in the Mexican energy sector. Balam is focused on developing the best commercial strategy and business development plan for national and foreign companies to participate and collaborate in the industry.

We cover three main areas: oil and gas, electricity and renewables, and the regulatory framework. Our most recent projects have focused on liquefied natural gas (LNG), including on-site liquefaction and LNG supply in remote sites, combining it with power generation.

Additionally, we are also founding members of the Mexican Hydrogen Association, and we participate in circular economy projects that use recycled single-use plastics. In energy regulation, we are developing software of our creation to help companies improve processes and management of their activities with federal and local regulatory bodies. Currently, we are developing various private natural gas and LNG projects in several regions of the country. We have a key role in the sector given that we have firsthand knowledge and understanding of energy projects and, therefore, can help clients design better strategies for their business.

NGI: What are your thoughts on the new Hydrocarbons Law recently approved by the Mexican Congress?

Tapia: The government has the right and obligation to choose whatever energy policy is considered best by the administration. And, though the energy reform of 2014 is still active, it is effectively no longer in practice. Nevertheless, the recent laws – both electricity and hydrocarbons – have without question marked the tone of the government, which is very focused on the protection of CFE and Pemex.

It would have been better to do an analysis and rescue the good and positive aspects of the 2014 energy reform and modify it to align with the current vision of the government. But that was not done, and now they are using the power of the majorities held in the Congress and Senate to pass laws without adequate analysis.

This new law gives power to the Energy Ministry (Sener) and the Comisión Reguladora de Energía (CRE) to revoke permits. However, as of today, the criteria for how that will be done haven’t been established. What has been said thus far has been that the permits could be suspended if they threaten energy security, national security, and the economy. Still, the details for how that will be determined have not been specified.

NGI: What signal do these recent laws send to the international energy industry about the state of the Mexican sector?

Tapia: The Instituto Mexicano para la Competitividad (IMCO) and Comisión Federal de Competencia Económica  (Cofece) have issued their opinions regarding the law, and they haven’t been favorable at all.

This will impact the entire value chain in the sector and, of course, affect investors, who make decisions based on clear rules and extensively analyze the rule of law before making an investment decision. Of course, the companies that work in Mexico will continue to do so, trying to comply with all the current and new requirements, but they won’t look to expand their projects given the current state of uncertainty.

And even though the new reform is focused on fuel and gasoline, midstream and hydrocarbons, we still don’t know the implications for natural gas. For example, the storage mentioned in the law, which is understood to be for gasoline or diesel, is not clear regarding natural gas because its storage has to be in the form of LNG or underground. So, there’s still a lot of uncertainty and questions to be answered for natural gas.

NGI: What did you think about the speed of the approval of the Hydrocarbons Law?

Tapia: It was fast-tracked and approved within a matter of days. I would have liked to see more debate and more openness for discussion. All of the ideas in the law aren’t necessarily bad, but a deeper analysis should have been done. It is clear that some affected companies are going to file injunctions.

NGI: We are a few weeks from the federal and state mid-term elections in Mexico. In your opinion, what’s at stake for the Mexican energy sector in these elections?

Tapia: They are crucial and can impact all commercial activities in Mexico, so we are watching them closely to see what happens. The companies established in Mexico should do a detailed analysis of any changes that could impact them.

For companies new to the sector, if the laws that have been proposed are enacted, their participation in the sector will be limited. The playing field will no longer be level.

The president is aware of all of this and, for that reason, has sought to pass these laws while his party holds the legislative majority. He has also mentioned that he will seek to change the constitution if lawsuits and the courts continue to oppose his modifications to the Hydrocarbons Law and the Electricity Law. However, if the ruling party loses the majority in Congress in the elections, this won’t happen.

NGI: Following the electricity blackouts in Texas and Mexico a few months ago, what conclusions can be made about the energy relationship between the two countries?

Tapia: The relationship demonstrates the significant dependency that Mexico has on the United States for energy and, above all, the use of its natural gas to generate electricity. This isn’t necessarily bad, as we’ve been able to take advantage of low natural gas prices from the most significant production zones in the world. Still, it highlights that a better strategy is needed to respond to emergencies, such as we saw in February. Given climate change and the likelihood of similar events in the near future, it is indispensable to have policies in place to respond to emergencies of such magnitude.

To do so, all public and private energy industry members should get involved to prepare a strategy for future events of such significance, particularly to limit their economic impact. The electricity generation matrix and fuel supply infrastructure must be expanded significantly to cover and respond to any event with similar characteristics. Something similar may happen again in the short term, and we must prioritize preparation.

Mexico fundamentally needs natural gas storage. This is evident. There was a storage policy issued in November 2018 that the administration could review and modify to comply with the current energy strategy.  LNG should be included in plans. We also need to increase natural gas production and adopt a nitrogen removal strategy for southeastern gas. And we need to consider unconventional methods of exploration and production like fracking. Also, the grid must be strengthened, particularly in the area of transmission.

NGI: In your opinion, what is the biggest challenge in the Mexican energy industry currently?

Tapia: In my opinion, the belief that only one ideology that comes from one source will help resolve all of the energy problems in the country. It’s necessary to understand the middle ground. Agreements are better for the industry than extreme points of view to resolve the most urgent conflicts.

Mexico needs a long-term vision that spans political ideologies. Some  points of view must be ceded to achieve goals that lead to the improved well being of the country.

Editor’s Note: NGI’s Mexico Gas Price Index, a leader tracking Mexico natural gas market reform, offers the above question-and-answer (Q&A) column as part of a regular interview series with experts in the Mexican natural gas market. Tapia is the 55th expert to participate in the series.