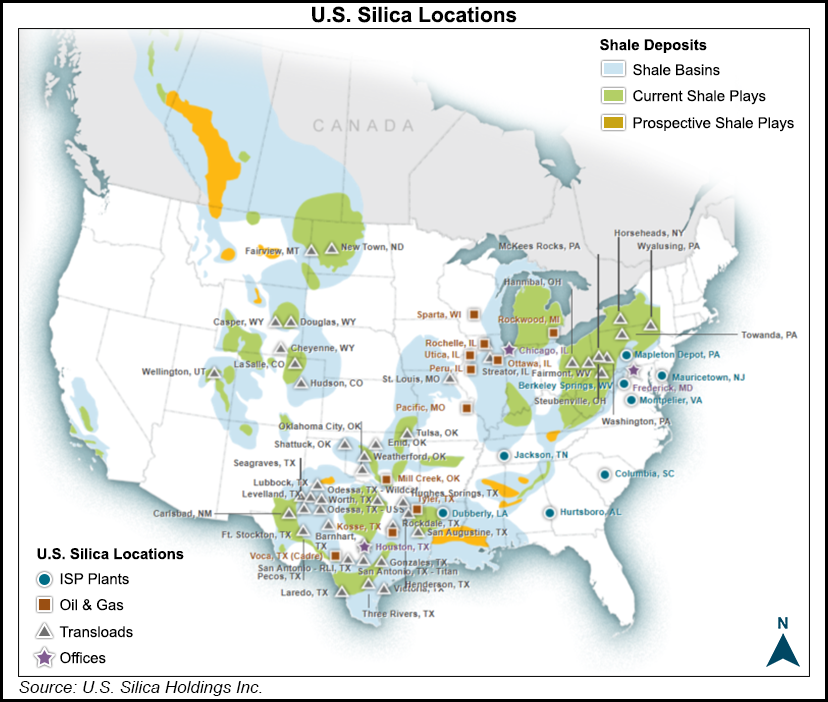 The $95.4 million purchase, completed on Wednesday, includes a state-of-the-art mine and plant in Festus, MO, which produces 95% fine grade sand. Nearly two-thirds of total production is 40/70 mesh, which is in high demand for proppant operations in oil and natural gas fields.

“Pacific has some of the highest quality sand in our portfolio, one of the reasons why it operated at close to full capacity through the downturn,” Shinn said. “This acquisition will enable us to nearly double the size of our capacity from the area and take advantage of multiple modes of distribution to better serve our customers and enhance our competitive position in the marketplace.”

Mississippi Sand now controls more than 30 million tons of fracture sand reserves on 650 acres through a long-term lease agreement. Customer contracts are in place for most of the current capacity, and a multimodal distribution network allows flexibility to serve several basins.

The distribution network includes five barge terminals and three rail terminals, two of which are unit train-capable, with a combined annual throughput of 2.2 million tons. The terminals serve the Midcontinent, Permian and Denver-Julesburg basins, and the Marcellus/Utica, Eagle Ford, Fayetteville and Haynesville shales.

Like Pacific, Mississippi Sand also sells some of its products to industrial and specialty products customers, Shinn noted. And the Missouri plant could be expanded to 1.6 million tons/year of production “with a modest capital investment.”

Mississippi Sand’s rail terminals also have access to most of the major Class 1 railroads, offering further optionality on origin and destination pairings.

Also included in the acquisition is a 1 million ton/year dry plant near Seagraves, TX. The plant currently is idled, but it “could be utilized in the future as part of U.S. Silica’s in-basin strategy in the Permian.”

Mississippi Sands has five long-term contracts in place with oilfield service operators and producers that cover more than 80% of stated capacity. Most of the contracts are take-or-pay agreements and run through the beginning of 2020.

U.S. Silica used cash on hand to fund the acquisition, which is expected to be accretive in the third quarter.

“The acquisition of Mississippi Sand is a good use of our cash as it helps us further consolidate the fracture sand space,” said CFO Don Merril.