Tokyo Gas Co. Ltd., one of the largest buyers of liquefied natural gas (LNG) in Japan, said Tuesday that it has established a new company to more actively trade the super-chilled fuel as it looks to strengthen its hand in the global market. 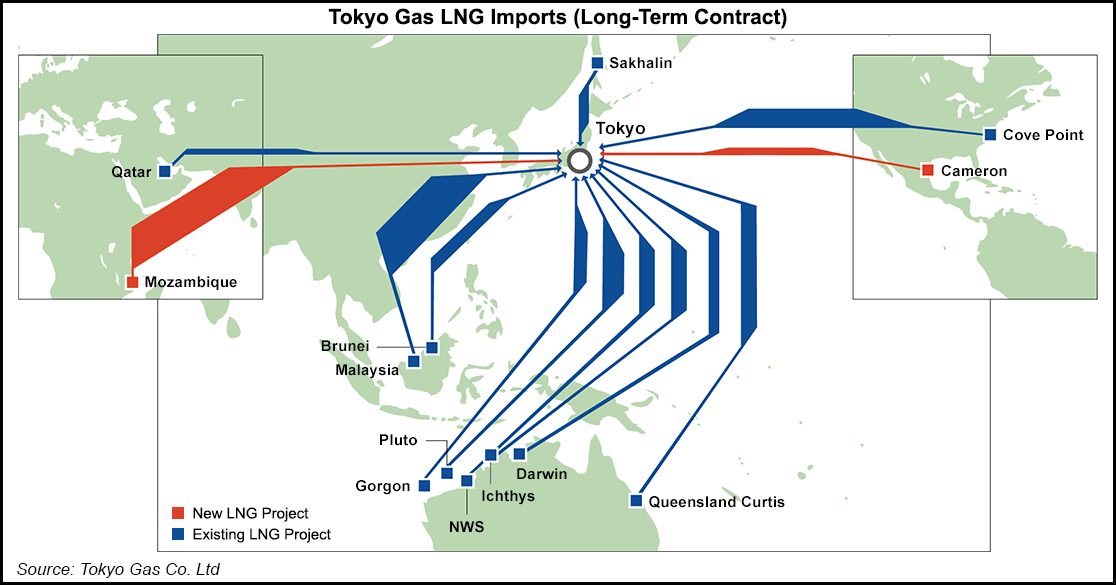 TG Global Trading Co. Ltd. (TGT) has been established to build on a plan announced late last year to boost international profits and expand the company’s role in the LNG value chain. Japan is the world’s largest importer, having taken in 77 million tons (Mt) last year.

Tokyo Gas imported nearly 14 Mt in 2019, but has not been an active LNG trader. It is Japan’s largest provider of city gas, serving more than 11 million customers in Tokyo and the surrounding region.

“TGT regards the global LNG demand growth centered in Asia and increased liquidity of the LNG market as an opportunity to expand the LNG trading business by maximizing and optimizing assets” it owns like storage tanks, vessels, and sales and purchase agreements, said Tokyo Gas President Takashi Uchida.

Asia was the world’s leading importing region with a 69% share of global LNG imports last year, according to the International Group of Liquefied Natural Gas Importers. The region is home to gas-starved countries where demand far outweighs the supplies to serve growing economies that are developing more pipeline infrastructure and switching from coal to gas. Asia is expected to drive growth in the LNG export trade in the future.

As the LNG trade has grown in recent years with more countries importing and exporting the fuel, trading liquidity has increased and more participants are executing flexible supply agreements and buying cargoes in the spot market instead of under the long-term contracts that have historically governed transactions.

Under the strategy it rolled out last year, the company set a goal to expand its natural gas transaction volume to 20 Mt by 2030, including a target to increase LNG trading volume to 5 Mt over the same time.

Uchida told Reuters last December that the company was not aiming to make a profit from financial trading of the fuel and said enhanced trades would be tied to physical supplies that are actually delivered. He said the trades would mainly evolve around swapping cargoes with overseas partners or making seasonal swaps with other gas distributors, according to Reuters. At the time, the company had a trading desk with just two staffers in Singapore.

Tokyo Gas has global operations including natural gas production, LNG procurement and downstream operations. It holds tolling capacity at the Cove Point LNG export terminal in Maryland and started buying LNG this year from Cameron LNG in Louisiana under a deal with Mitsubishi Corp. subsidiary Diamond Gas International Pte. Ltd. It also has agreements to buy from other North American export facilities under development such as LNG Canada and Costa Azul.