Regulators who oversee the Texas energy industry may decide within days whether to require oil output be reduced or instead allow the free markets to continue to dictate, as the coronavirus and low prices decimate the marketplace. 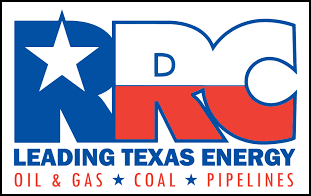 The elected three-member Railroad Commission of Texas (RRC) heard from more than 55 oil and gas executives, trade groups, analysts and critics during a marathon 10-hour online broadcast to weigh whether to require exploration and production (E&P) companies to reduce their state output by 20% beginning May 1.

In a nutshell, Chairman Wayne Christian and commissioners Christi Craddick and Ryan Sitton are weighing written comments and testimony to determine whether to mandate, as proponents want, prorationing production to potentially level the playing field, or as opponents encouraged, allow the markets to drive decision making.

“Our industry may be split on what to do,” Christian said, “but they are united that something must be done to stabilize the worldwide price of crude oil.” The RRC plans to “deliberate and reconvene in the near future.” A decision could be announced within a week.

More than 20,000 people on Tuesday watched the public hearing, according to Christian. Craddick tweeted late Tuesday that people from 86 countries and 49 states tuned in to the proceedings.

The hearing to cap production was requested by Permian pure-plays Pioneer Natural Resources Co. and Parsley Energy Inc., which want E&Ps to shutter one-fifth of their statewide oil output. Pioneer is led by Scott Sheffield, while Parsley was founded by his son, Bryan Sheffield.

How an oil quota would be defined and enforced is unclear. “And we don’t know if we can manage it,” Craddick said during the hearing. Texas produced about 5.3 million b/d in January, or roughly 40% of domestic oil output.

Opposition to the mandates is led by many of the state’s biggest producers, including ExxonMobil, Chevron Corp. and Occidental Petroleum Corp., as well as major industry groups.

Pioneer’s Sheffield and Parsley CEO Matt Gallagher each attempted to make their case for quotas before the commission.

In this “unprecedented” moment, “it’s about fairness,” Sheffield said. He suggested that each affected E&P could determine where and how to reduce production. Without regulation of some kind, companies often are forced to overproduce or otherwise it’s difficult to obtain loans against reserves.

“Nobody wants to give us capital because we have all destroyed capital and created economic waste,” Sheffield said. “After 35 years as a CEO, I’ve never seen a free market.” If the RRC “does not regulate long term, we will disappear as an industry like the coal industry.”

Asked how long the state should mandate quotas, Sheffield said the pullback in oil demand “is going to go on longer than anyone expected…We may have to proration longer” or until the state is at “zero percent capacity or less than 10% until the end of 2021.”

The E&Ps that don’t reduce their oil output under mandates should be penalized, Sheffield said. “If the barrels sold are in excess of the prorationing, the producer would owe a premium in the form of a penalty,” which would be determined based on monthly production reports sent to the RRC.

Smaller E&Ps and oilfield services companies are most at risk in this downturn, Gallagher said. “The domestic energy sector and energy security is at stake,” he told the commission. “It was the small producers who fostered innovation.”

Some executives opposed to quotas said if Texas E&Ps were required to reduce oil output, it would give competing energy-producing states, including Oklahoma and North Dakota, more power in the markets. North Dakota is now the No. 2 oil producing state after Texas because of the Bakken Shale.

Marathon Oil Corp. CEO Lee Tillman told the RRC to let free markets rule, as the commission by itself cannot compete with today’s global oil industry. Marathon produces oil in four states, but its most efficient and prolific wells are in the Eagle Ford Shale. Requiring Texas output to be reduced would mean the Houston operator would have to shut-in its top wells, he said.

“We are not living in the energy market of the 1930s when these rules were written,” Tillman said. “We urge the commission to support Texas as a free market state with the freedom to react to market conditions. We do not believe proration would have any effect and would only serve to disadvantage Texans.”
Producers are “already shutting in the least profitable wells, the way a free market should work,” he said. “Global markets are so interconnected, it would be easy for capital dollars to be moved to lesser basins with less regulation…Operations are best able to make decisions, not regulators.”

Denver-based Ovintiv Inc.’s footprint stretches from Alberta and British Columbia to the Eagle Ford Shale. CEO Doug Suttles also urged the RRC not to interfere in production but rather to “celebrate innovation and free markets.” He noted that his family had lived through the “ups and downs of the industry for four generations. We are proud of what we do and proud of what we can do in Texas.”

E&Ps should be able to “decide for ourselves where waste occurs and where it doesn’t occur to cover costs and generate a suitable return. The market is the most efficient mechanism to deal with this…We have done so in all the last downturns…when prices were similar to what they are today, and the market effectively dealt with it.”

Enterprise Product Partners LP’s Jim Teague, CEO of the general partner, told the RRC that the coronavirus had “destroyed 25 million b/d of hydrocarbon demand, which fell off a cliff overnight.” Wholesale gasoline is selling for as little as 25 cents/gal, and refineries have cut operating capacity by up to 40% as they scramble to adjust to the new market conditions.

Sooner or later, said Teague, “somebody’s going to make an offer for that crude…The pandemic is not going to be around forever. That’s just not the case…”

Permian pure-play Diamondback Energy Inc. would be forced to halt all output and lay off thousands if there were production quotas, CFO Kaes Van’t Hof told the RRC.

“If we are forced to prorate, we are going to cease all activity right away,” said Van’t Hof. Requiring E&Ps to reduce oil production “directly impacts the employment of almost 3,000 people.”

There is “no sign” of “operational chaos,” as proponents have argued, Van’t Hoff said. “Simply put, interference by the government to choose the business winners and losers will have unintended consequences that are completely avoidable and not remotely necessary or supported by any data or economic forecast…

“Having to navigate and spend time and resources to deal with proration in the midst of human suffering is a diversion of valuable time and resources for which we will be judged poorly. Diamondback believes that not only as a company and an industry, but also as individuals, we should be grateful for the opportunities that this state has given us and the independence it provides.”

At least two of the three members of RRC would have to agree to implement a quota. While the federal government is prohibited from requiring national limits, individual states have more latitude.

Unlike state-owned E&Ps, U.S. operators take their cues from the marketplace. Many of the Lower 48 operators, which can easily turn on or off the spigot in the unconventional fields, already have sharply reduced capital expenditures (capex) in response to plummeting demand.

Texas has not capped oil production since the 1970s. However, the worldwide plunge in oil demand has roiled the globe, with millions already out of work and the markets in turmoil. Recent estimates claim 1.1 million Texans were unemployed, with tens of thousands of jobs estimated to be lost in the energy industry. More than 360,000 jobs were tied to the state’s oil and gas industry in 2019, according to the Texas Independent Producers & Royalty Owners Association (TIPRO).

TIPRO President Ed Longanecker said most of the members are opposed to setting quotas on production.

“In response to current market conditions, operators in Texas and across the nation are being forced to shut-in wells, lay off employees and dramatically reduce capital expenditures. These measures will undoubtedly result in a notable organic decline in domestic oil and natural gas production and inflict significant economic impact to the state of Texas.

“Based on current market conditions, without a government mandate, TIPRO projects a conservative organic decline of 2.5-3 million b/d in the U.S. before the end of this year, with more than 40%of that reduction coming from Texas.That number could certainly be higher, but on the low end of our projection, the decline in Texas would likely be equivalent to the proposed mandate.”

The American Petroleum Institute also is opposed to intervention. “A Texas quota system imitating OPEC is not the answer to the challenges facing the industry and would only penalize the most efficient producers and create long-term negative consequences for American energy leadership,” President Mike Sommers said.

Some of the people testifying suggested the RRC collaborate with other energy-producing states to determine how to proceed. The Oklahoma Corporation Commission has scheduled a hearing on May 11 similar to the one held by the RRC.