Suncor Energy Inc., one of Canada’s largest oilsands independents, has agreed to join a group of oil and gas heavyweights to back Svante Inc. as it works to accelerate commercializing more carbon capture technologies. 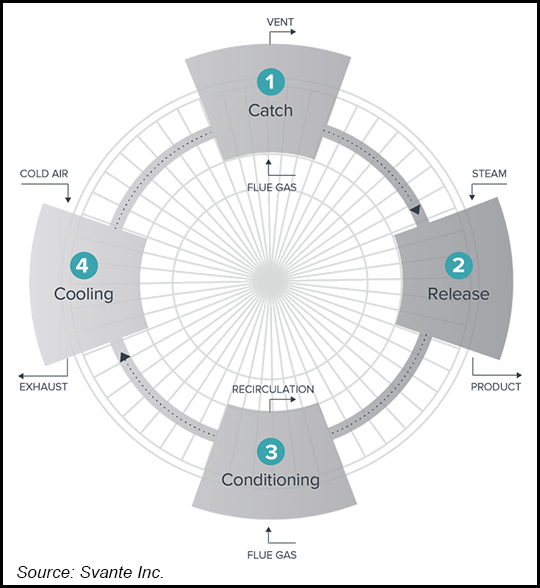 The latest $25 million infusion is designed to fund technology to reduce greenhouse gas (GHG) emissions in industrial applications and to advance hydrogen manufacturing.

“Carbon capture is a strategic technology area for Suncor to reduce GHG emissions in our base business and produce blue hydrogen as an energy product,” CEO Mark Little said. “An investment in Svante is expected to support the acceleration of commercial scale deployment of a technology that has the potential to dramatically reduce the cost associated with carbon capture.”

Since it was founded in 2007, Svante has attracted more than $175 million to develop and commercialize solid sorbent technology to capture carbon dioxide (CO2) emissions at what could be about half of the capital cost for traditional engineered solutions.

“The net-zero pledges of major countries and large corporations is also a key driver for the interest and rapid growth of the carbon capture and storage new industry,” Letourneau said. “We strive to create world-changing solutions that address climate change and accelerate the global transition to carbon neutrality, reversing human impact on the climate and building a commercially viable CO2 marketplace.”