Failure to revive a mothballed production project prompted Calgary-based Suncor Energy Inc. to announce Tuesday a C$425 million ($319 million) write down on its 27.5% share of an oilfield offshore of Newfoundland. 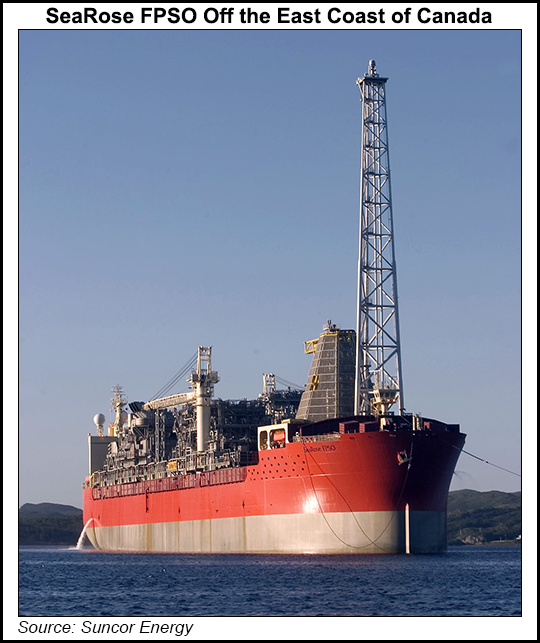 Cenovus, meanwhile, said more review would be done of the West White Rose project, which at a cost of C$2.2 billion ($1.6 billion) aims to raise the Atlantic oilfield’s production into the 100,000 b/d range from 26,000 b/d and add 14 years to its lifespan.

Suncor’s doubt about the project did not surprise investors. A Cenovus shareholder presentation on the Husky takeover rated the stalled Newfoundland expansion as an option in the same long-range future league as prospects in China and Indonesia.

The presentation promised annual cuts of C$1.2 billion ($900 million) off combined Cenovus/Husky spending, with management dedicated to “focusing capital on the highest-return assets and opportunities.”

The White Rose ocean platform, 350 kilometers (160 miles) out in the Atlantic east of St. John’s, is not the only Newfoundland casualty of the Covid-19 pandemic and resulting depression of oil demand, prices and supply development. Oil flows and a lifespan extension project also have been suspended at the nearby Terra Nova field, where Suncor has a 37.5% ownership stake and operates the production platform as senior partner in a seven-company consortium.

The current state-of-the-industry review by the Canada Energy Regulator (CER), titled Canada’s Energy Future 2020, anticipated continuing erosion of the nation’s high-cost North Atlantic oil supplies. Since peaking at 368,000 b/d in 2007, Newfoundland production sank by 32% to 251,000 b/d in 2020, according to the CER.