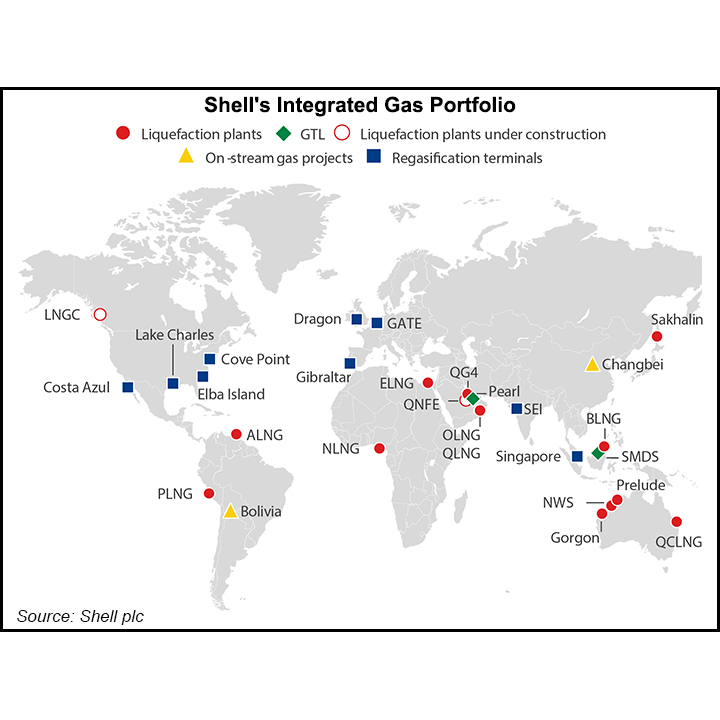 “Trading and optimization results for Integrated Gas are expected to be significantly lower compared to 2Q2022 as a result of seasonality and substantial differences between paper and physical realization in a volatile and dislocated market,” the London-based company said.

In 2Q2022, Integrated Gas production was 944,000 boe/d, with LNG liquefaction volumes of 7.66 mmt. During the second quarter conference call in July, CEO Ben van Beurden had signaled lower gas volumes for the third quarter because of an ongoing strike at the Prelude LNG facility in Australia, and on planned maintenance.

While gas trading stumbled in 3Q2022, Shell expects to record sequential marketing gains from trading global oil and other products. Still, oil refining margins are predicted to decline by 46%, to $15.03/bbl from $28.04 in 2Q2022. Refining margins are the difference between the cost of a bbl of oil and the value of products made from the bbl. Oil refining margins had climbed in 2Q2022 because there was less diesel and gasoline produced, and consumers began traveling more.

Supply chain issues and inflation, resulting in rising costs for raw materials, are seen dinging the chemicals and products arm too. Adjusted earnings for the business unit are likely to decline sequentially.

Chemicals margins are projected to decline from $86/metric ton in 2Q2022 to minus $27 as worldwide plastics demand slumped. Shell’s preview came one day after ExxonMobil said it expects to see strong results in 3Q2022 because of high natural gas prices.