Aubrey McClendon, 56, the former chief and co-founder of Chesapeake Energy Corp., and an early leader of the shale revolution that transformed the energy industry, was killed instantly Wednesday in a single-car crash in Oklahoma City. 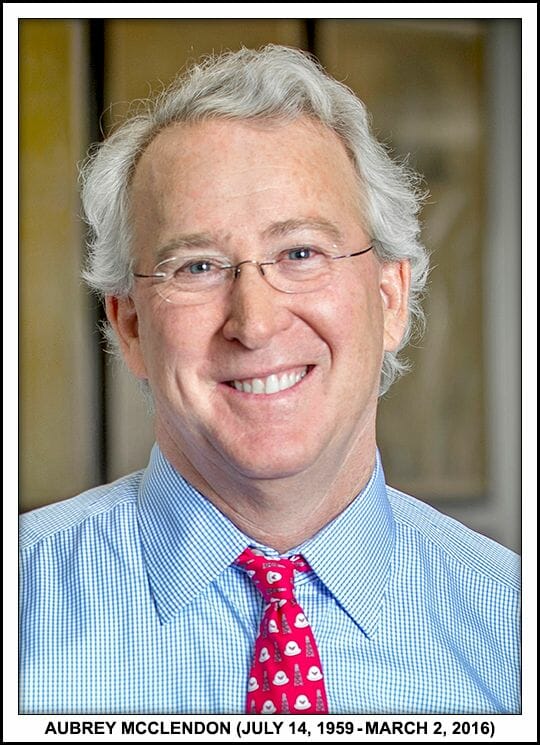 His death came a day after he was indicted by the U.S. Department of Justice (DOJ) on a charge he masterminded a plan to rig bids to purchase natural gas and oil leases in Western Oklahoma. McClendon was traveling at what “appears to have been a high rate of speed,” when his car crashed into an embankment, according to Oklahoma City Police Capt. Paco Balderrama.

McClendon, a hero in his hometown of Oklahoma City, was an exuberant cheerleader for the oil and gas industry throughout his career, helping to boost enthusiasm for the emerging unconventional resources that Chesapeake acquired in his tenure till 2013.

McClendon was a founding member of America’s Natural Gas Alliance and a huge advocate for gas use in the United States.

Chesapeake was the most active driller and the No. 1 onshore gas producer for a period, with production under McClendon’s oversight growing from 5 MMcf/d in 2009 to 2.5 Bcf/d in 2013. It also had the biggest portfolio of onshore targets. McClendon’s specialty was land acquisition and leasing.

Things started to go wrong in the financial crisis of 2008, when Chesapeake’s stock fell from a price above $70 to under $20 after McClendon involuntarily had to sell “substantially all” of his 33 million shares to meet margin loan calls. At the time McClendon, who had been the company’s largest shareholder, blamed the worldwide financial crisis for the precipitate action which sunk the company’s share price to $16.52 (see Daily GPI, Oct. 13, 2008).

In 2012, he lost his title as chairman at the same time it was announced that the Internal Revenue Service and the Securities and Exchange Commission were investigating some of his transactions in the Founder Well Participation Program (see Daily GPI, May 2, 2012). The program, which he set up, gave him the sole contractual right to receive a 2.5% stake in every well Chesapeake had drilled since 1993.

Other questionable business deals were disclosed in the wake of the scrutiny. In early 2013, it was announced that he had agreed to retire from the company on April 1 (see Daily GPI, Jan. 13, 2013).

After he was forced out at Chesapeake, McClendon was back in the business by April, founding American Energy Partners LP (AELP), backed by private equity. During 2013 and 2014, McClendon had secured equity and debt commitments estimated at around $15 billion and had amassed a new workforce of about 600.

“Aubrey’s tremendous leadership, vision and passion for the energy industry had an impact on the community, the country and the world,” AELP said in a statement. “We are tremendously proud of his legacy and will continue to work hard to live up to the unmatched standards he set for excellence and integrity. We will deeply mourn his loss and please join us in expressing our condolences to his family.”

Chesapeake also reacted to the tragic news. “Chesapeake is deeply saddened by the news that we have heard today and our thoughts and prayers are with the McClendon family during this difficult time,” a spokesman said.

McClendon and Tom Ward, who later founded SandRidge Energy Co., began their venture into the oil and gas business, co-founding Chesapeake in 1989. McClendon was chairman and CEO, while Ward served as president and CFO. Chesapeake went public in 1993.

McClendon, who had been co-valedictorian of his senior high school class, went on to Duke University, where he graduated in 1981 with a bachelor’s degree in history. He first worked as an accountant and then as a landman for Jaytex Oil and Gas until November 1982.

McClendon also ventured beyond the energy world. He was an original member of the Professional Basketball Club LLC, which owns the National Basketball Association’s Oklahoma City Thunder. He was instrumental in moving the Seattle SuperSonics to town in 2008, where they were renamed the Thunder.

McClendon also was involved in many philanthropic efforts, including the McClendon Family Boys and Girls Club, the Oklahoma State Fair and the city’s public schools. He also was a big donor to Duke and to the University of Oklahoma. In 2007, McClendon was inducted into the Oklahoma Heritage Foundation’s Oklahoma Hall of Fame.

He is survived by his wife, Kathleen Upton McClendon, and three adult children, Jack, Callie and Will.