California-based Sempra Energy continues to bet on Mexico even given regulatory changes that could impact the private sector’s operations in the country. 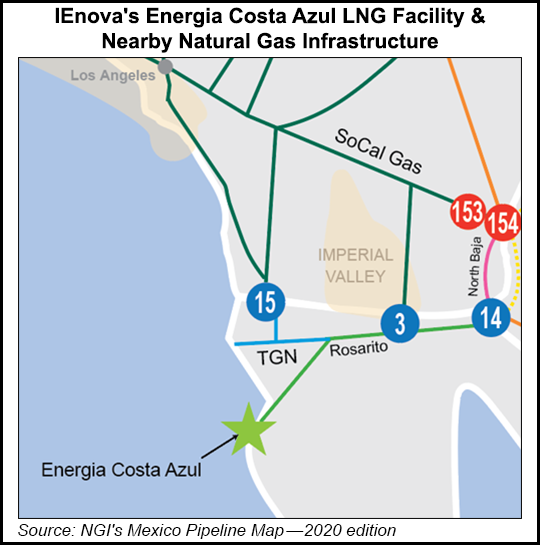 “Our goal is to help Mexico be successful,” CEO Jeffrey Martin said in a fourth quarter earnings call. “They need more foreign direct investment. They have a deficit in their infrastructure.”

The administration of President Andrés Manuel López Obrador “fortunately has been very committed to fiscal discipline. So I think our job is to make sure that we’re working in partnership with the government to advance the government’s goals.”

Through its Mexico subsidiary Infraestructura Energética Nova (IEnova), Sempra had $10.5 billion in assets and more than 1,400 employees in Mexico as of 2020.

Martin said the controversial bill currently in discussion in Mexico’s Congress is “an opportunity for them to use more of their natural resources in power production,” especially high sulfur fuel oil.

He said while the legislation would impact the company’s renewable portfolio, “it’s a manageable situation.”

However, the bill also has “flaws” that would impede its functioning under the law. These include provisions in the Mexican constitution providing for open competition, and clauses in the trilateral North American trade accord, the United-States-Mexico-Canada-Agreement (USMCA), in which state-owned entities would not be able to be privileged over the private sector.

“I think we’ve really set a course in Mexico to be an active participant in helping López Obrador and his administration be successful,” Martin said.

Martin added that the unprecedented freeze that upended energy markets in both Mexico and Texas last week underlines the need for more infrastructure and natural gas storage in the country.

ECA was initially built as an import terminal, and in this role helped in securing natural gas supplies during the energy crisis, Martin noted.

“So you think about our LNG facility in Baja, which is a giant storage facility. It was critical in that process of serving the needs of Northern Mexico and Southern California,” he said. “It does highlight…the value of storage.”

Martin said Sempra coordinated with Comision Federal de Electricidad (CFE) after Texas Gov. Abbot last week ordered natural gas to not be shipped from the state. IEnova CEO Tania Ortiz was “being quite helpful to Texas to make sure that people were not unnecessarily scheduling gas across that interchange, and she was also working very closely with CFE.”

Added Martin, “It was the most important event in the energy markets globally last week…If it points to anything, it’s the value of investing in the grid.”

Sempra remains committed to its gas export projects because “by the middle of next decade, the most dominant fuel in the world will be natural gas.” He noted that Royal Dutch Shell plc forecast that the LNG trade “will double by 2040.”

Last year, the company announced a five-year capital plan of $32 billion. Sempra plans to fund the plan with cash flows from operations, as well as using some of the cash proceeds received from a proposed sale of an interest in Sempra Infrastructure Partners.

Sempra LNG owns 50.2% of the existing 15 mmty Cameron LNG export terminal in Louisiana, which may be expanded. It also owns the 13.5 mmty Port Arthur LNG terminal southeast of Houston in partnership with an affiliate of Saudi Arabian Oil Co., aka Saudi Aramco.