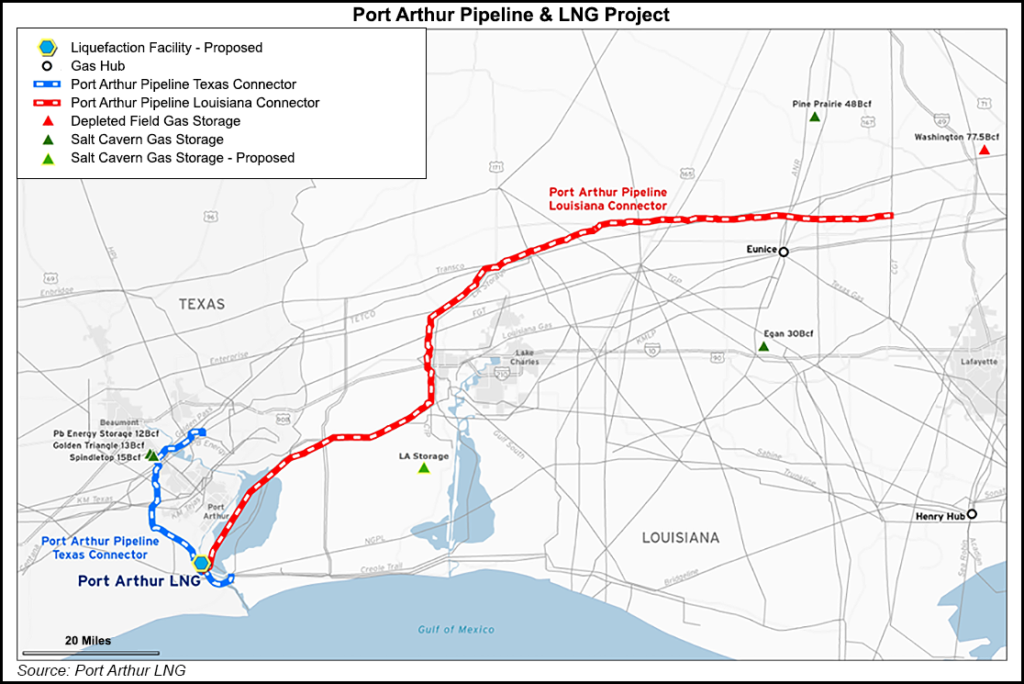 Through its subsidiaries, the companies signed an Interim Project Participation Agreement (IPPA) that aligns their “interest in the overall success” of the liquefied natural gas (LNG) export project, Sempra CEO Jeffery Martin said. The agreement sets forth mechanisms for the two companies to work toward a final investment decision (FID).

The IPPA follows a heads of agreement signed last May to purchase 5 million metric tons/year (mmty) of LNG and a 25% equity investment in the not-yet-sanctioned project.

The definitive agreements in the project remain subject to final approvals. Each party’s ultimate participation in the Port Arthur project also hinges on the execution of related agreements and other conditions, including each party’s FID with respect to its investment. Sempra is targeting FID by the end of June.

Citing expected global demand growth for LNG in the coming years, Aramco CEO Amin Nasser said, “we see significant opportunities in this market. This agreement with Sempra Energy is another step forward for Saudi Aramco’s long-term gas strategy, and toward becoming the global leading integrated energy and chemicals company.”

The initial phase of the project is fully permitted and is expected to include two liquefaction trains, up to three LNG storage tanks and associated facilities to export about 11 mmty on a long-term basis.

“Port Arthur LNG is expected to play a critical role in helping shape the future of global energy trade,” Martin said. “This multibillion-dollar initiative is among the largest LNG projects in development anywhere in the world and is expected to deliver a cleaner energy supply to foreign markets, while creating important, high-skilled jobs right here at home.”

The Texas project is one of Sempra’s five LNG development opportunities in North America as it seeks to develop the infrastructure needed to export 45 mmty to the global market.

The second production unit at Sempra’s Cameron LNG export terminal in Louisiana began producing last month, with the second train starting up by the end of March and the third train in service in 3Q2020. The facility’s first liquefaction train started commercial operations last August.