Most executives with privately held energy and natural resources companies would prefer their companies to remain private so that they can better maintain financial control and flexibility, according to a study by the Economist Intelligence Unit and CIT Group Inc.

“Perspectives from America’s Economic Engine: the CIT U.S. Middle Market Outlook 2007” is the result of a survey of more than 500 middle market decision makers at companies with revenues of between $25 million and $1 billion. The survey was conducted in June by the Economist Intelligence Unit, the business-to-business arm of The Economist Group, which publishes The Economist, and CIT Group Inc., which provides financing and leasing products and advisory services.

According to the most recent U.S. census, the entire middle market accounts for more than $6 trillion in sales a year and employs almost 32 million Americans, which is more than twice the revenues and four times the number of employees of the blue-chip companies that comprise the Dow Jones Industrial Average.

Within the energy sector, about 72.7% of the privately held company executives surveyed said they wanted their companies to remain private. Of those wanting to remain private, 27.3% cited a desire to keep financial information private; 22.7% said regulatory requirements of public companies, such as the Sarbanes-Oxley Act, were the top reason.

“Shortage of talented staff” was cited as the top obstacle to growth. About half of those surveyed said their companies are increasing their workforces to acquire the talent necessary to compete — despite the fact that “labor costs” were cited as the number two obstacle to growth. About 28% of the middle market companies said they are outsourcing information technology; 14% are outsourcing human resources.

Even though more than half of the executives surveyed think U.S. economic growth is likely to fall off in the coming year, 64% of all of the respondents still think their company’s revenues would grow in the next 12 months. Also, more than 40% of those surveyed plan to focus “entirely” on the domestic market in the coming year. Geographic expansion strategies came in a distant fifth behind acquiring new customers, selling more to existing customers, adding new products and finding ways to operate more efficiently.

About 25% of the energy/natural resources executives surveyed reported that acquisitions are one of their primary reasons to secure additional financing. And 54% said environmentally friendly policies are important to their companies. Second only to ethical considerations, 39% said customer pressure is directing their environmental sustainability policies, “demonstrating that customers are more influential than government regulation or energy cost savings.”

To read the survey, visit https://middlemarket.cit.com. 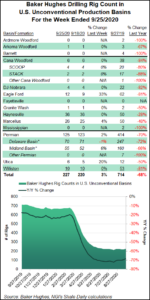