The natural gas market has seen gas-on-gas competition before, but the mix-up coming between low-cost molecules from Appalachia with gas from liquids plays such as the Bakken Shale as well as the Permian and Anadarko basins will be something on a grand scale, according to a new analysis. 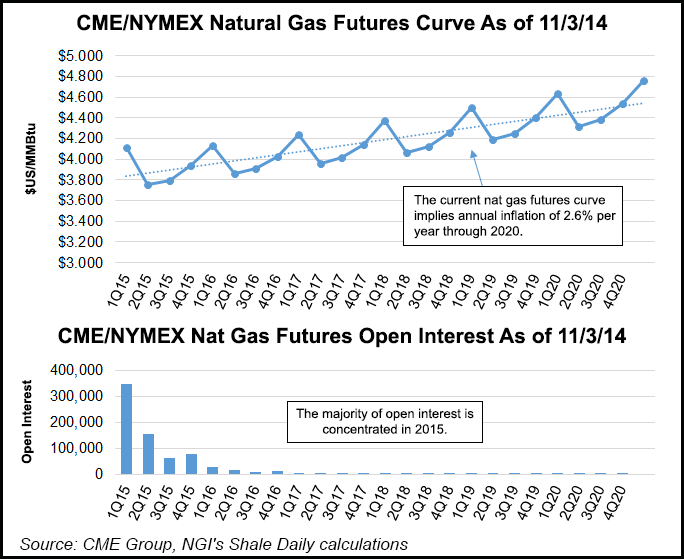 “We’ve seen this movie before, in the 2008-10 time frame when Rockies gas battled it out with new shale supplies from the Haynesville and Fayetteville. But this time there is a big difference in the economics of production,” said Rusty Braziel, president of RBN Energy, which along with BTU Analytics conducted the analysis.

“In that earlier battle for market share, the breakeven prices for Rockies and Southeast producers were in the $4 to $5/MMBtu range. Most of the production was dry, and producers had yet to realize the significant productivity improvements in drilling and completion technologies seen over the past five years. Today market conditions are quite different.”

Many producers in Northeast Pennsylvania can profitably produce gas at prices of less than $2.50/MMBtu. Further, wet gas gas producers in Southwest Pennsylvania, West Virginia and Ohio can operate profitably at prices well below $2.00/MMBtu by selling higher-value natural gas liquids (NGL), according to the report. This is true even with today’s lower NGL prices.

This economically advantaged Appalachia gas will compete with gas from the Bakken, Permian, Anadarko and the Eagle Ford. Producers in these regions that are making money on oil “are essentially immune to the impact of low natural gas prices — down to a breakeven price of zero,” RBN and BTU said.

Dozens of pipeline projects have been announced to move gas out of burgeoning supply regions to markets. Among these is about 16 Bcf/d of new capacity that will move gas to the Gulf Coast region, according to the firms. “…[S]upplies bearing down on the Gulf Coast will run directly into supplies from western basins, and the collision will happen in Louisiana, location of the Henry Hub,” the report said.

“Natural gas surpluses will be competing for market share in and around the Henry Hub, armed with economics far different than the situation back in 2008-10,” said BTU Analytics Principal Andrew Bradford. “It will certainly put a lot of pressure on Henry Hub prices. Only demand could provide a reprieve and that looks dicey, at least in the medium term. The infrastructure development required for significant demand growth is years away and must navigate a minefield of permits, local logistics, complex offtake agreements and the ever-present risk of construction delays.”

The markets for all the gas coming to the Gulf Coast region will not have developed in time to welcome all of the new molecules. Gas-fueled power generation is coming, but not in time. Liquefied natural gas (LNG) exports are coming too, but also not in time. Industrial demand? Yes, but again, not in time.

“Until that capacity comes online, it is clear that the market will be oversupplied, particularly in the epicenter of gas flow convergence — Louisiana,” the report said. Even in the “unlikely high demand scenario” posited by the analysts (in which all but 4.2 Bcf/d out of a combined 21 Bcf/d of production growth 2014-2020 from the west and east is absorbed), it will take until 2019 for local demand and LNG export to catch up with supply growth.

“Any other lower demand case results in much larger volume surpluses in Louisiana,” the report said. “The implication is that in the medium term the only way that this glut of supply can be relieved is for producers to cut back drilling activity in response to a decline in gas prices below their breakeven price levels.”

But the economics this time around are a lot different from the last big gas-on-gas match-up.

“Marcellus dry production remains slightly above zero IRR (internal rate of return) at a price of only $2.00/MMBtu. Wet Marcellus remains over 40% IRR at $2.00/MMBtu, since producers are making their money on the proceeds from NGLs,” the report said.

“Even more dramatic, the core areas of the Bakken, Eagle Ford, Denver-Julesburg Niobrara and Permian — with much of their value coming from the sale of crude oil and NGLs — are quite profitable at a natural gas price of zero.”

The average breakeven price this time around is about $2.50/MMBtu compared with $4.00/MMBtu when Rockies gas was doing battle with supplies from the Haynesville and Fayetteville shales, the report said.

“As increasing natural gas production volumes descend on the Henry Hub over the next few years, in the scenarios presented here there is little besides the curtailment of producer drilling activity due to lower prices that could balance the market.”

The Henry Hub price will likely have to get below $3.00/MMBtu for that to happen, according to the report. The decline in prices will happen in the next year or two, depending upon the weather, the analysts said. Another polar vortex would lend price support, “but whether this year or next, the war is coming to the Henry Hub in the not too distant future,” the report said. “And when it hits, current prices will not survive.”