As Latin America’s national oil companies (NOCs) pivot toward partnerships with the private sector and divestment of non-core assets, Mexico’s Petróleos Mexicanos (Pemex) remains an outlier even in the wake of Covid-19, a panel of experts agreed earlier this month. 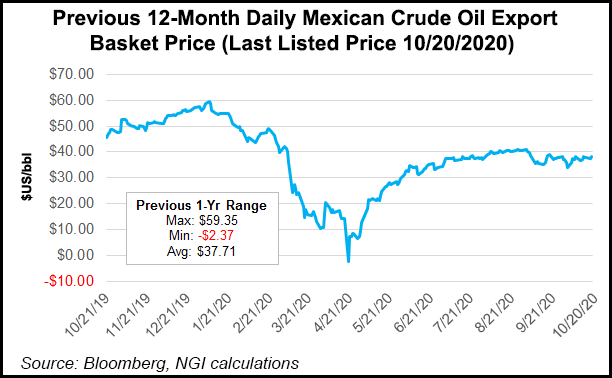 Even before the pandemic, the region’s oil-exporting countries were struggling to navigate a “lower-for-longer” oil price environment, said Jeremy Martin, vice president for energy and sustainability at the Institute of the Americas during a virtual event hosted by fellow think tank Inter-American Dialogue.

This sparked a trend of streamlining and divestment at state oil companies such as Brazil’s Petróleo Brasileiro SA (Petrobras) and Colombia’s Ecopetrol.

Through the end of this year and into 2021, “we will continue to see…some pragmatism on the parts of governments and by extension the national oil companies,” said Martin.

He said this is especially true for markets such as Ecuador, Brazil and Colombia, “where we’ve already seen announcements and recent activity pointing towards liberalization and the desire to compete globally for international capital.”

In Mexico, however, President Andrés Manuel López Obrador remains committed to resurrecting the upstream and refining segments solely through Pemex, the world’s most indebted oil company. These plans include construction of the controversial Dos Bocas oil refinery in Tabasco state as well as the rehabilitation of Pemex’s existing refinery fleet, despite warnings from experts and credit rating agencies that refining is a loss-making business for the state-owned behemoth.

In the upstream segment, while López Obrador has suspended bid rounds and Pemex farmout tenders indefinitely, Ecopetrol in September launched the Ronda Campos program for 2020, which seeks to award nine onshore production assets.

The ongoing liberalization of Brazil’s natural gas market is a crucial piece of efforts to streamline Petrobras, said Martin, explaining that “it removes much of the de facto burden of Petrobras as the de facto monopoly in the gas market…”

Mexico’s gas market also was liberalized under the reform, although capacity releases and open seasons have been stalled on the Sistrangas national pipeline grid under the new administration.

State power company Comisión Federal de Electricidad (CFE) signaled recently that it was planning to release excess pipeline capacity on both sides of the U.S.-Mexico border, but subsequent details have not been released.