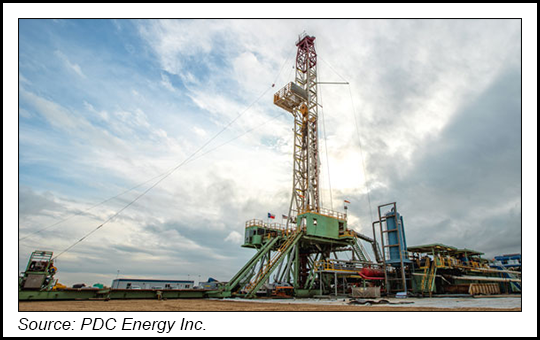 The Denver-based producer acquired the Broe OGDP in Weld County during May, when it acquired Great Western Petroleum LLC. The COGCC approval marks PDC’s first permit on Great Western acreage.

“Broe is the second PDC OGDP to receive unanimous approval this month, and third approval within the last 12 months,” said PDC’s David Lillo, operations senior vice president. “Our integration of the Great Western assets continues to go well as is evident from this approval.”

The Broe plan, coupled with COGCC’s approval of the Kenosha OGDP earlier in June, translates into a 99-well inventory gain for the month, said PDC. The company told NGI that it would soon hold 505 permits and 181 drilled but uncompleted (DUC) wells.

“We look forward to continuing this track record with our Guanella Comprehensive Area Plan and future OGDPs,” said Lillo.

“As with the Kenosha application that we recently reviewed, I think this is an excellent example of protective permitting under Colorado’s Oil and Gas Development rules,” he said.

PDC in May projected 235,000-245,000 boe/d average production across its assets, which span the DJ and the Permian Basin’s Delaware sub-basin, for the second quarter of 2022.