A student-led effort in California has emerged to place a measure on next year’s statewide ballot to enact a tax on oil and natural gas extracted from the state. Backers now have about five months to collect at least 505,000 signatures to qualify for next year’s ballot.

In the meantime, a state Senate proposal (SB 241) is pushing for another version of an oil/gas extraction tax that would fund education and parks in the state. Sen. Noreen Evans, the bill’s author, has endorsed the initiative also.

A spokesperson for the student-led group indicated that in the weeks ahead the ballot measure group will work closely with Evans “to ensure that an oil severance tax is enacted.”

The proposed initiative would place a 9.5% tax on the oil and gas produced in the state, estimated to amount to $2 billion annually. Four equal parts of the first $1.2 billion collected would be divided among K-12, community college, California State University and University of California educational systems.

The rest of the additional revenue for the state would be allocated between helping businesses switch to cleaner forms of energy, or would go to county governments for infrastructure upgrades.

The student-led backers said they have the endorsement of former Clinton administration Labor Secretary Robert Reich, who now is affiliated with the UC Berkeley campus. Daniel Kammen, a Nobel Prize recipient for climate change work and another Berkeley professor, said he strongly endorses the proposal, which is similar to an unsuccessful alternative energy oil tax ballot measure (Prop 87) he helped sponsor in 2006.

“It would spur innovation on the producer side to reduce costs and bring in funds that are critically needed to green the economy, re-invest in education and renew cities and parks,” Kammen said. 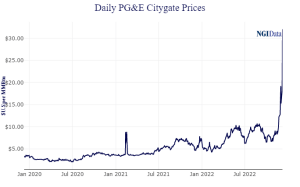