A class action lawsuit in Ohio pending in a Youngstown court could affect property owners attempting to rid themselves of original lease agreements with oil and natural gas operators. 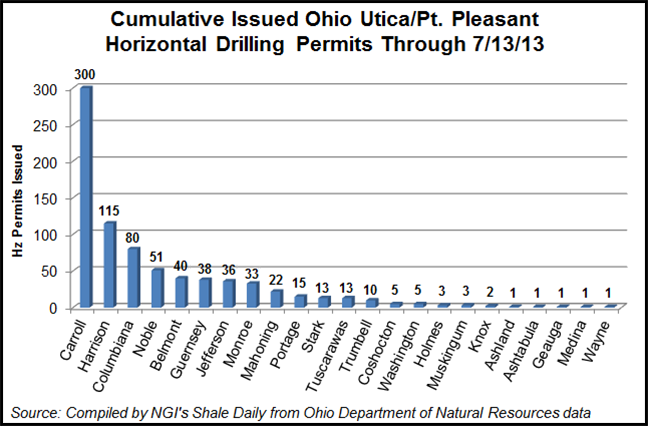 Many state courts have cases pending that question restrictive oil and gas leasehold agreements that were sold for a pittance of what they might bring today. In Ohio, land in the pre-boom days of the Utica/Marcellus shales was leased from 2001 to 2006 for as little as $50.00/acre.

Courts generally have found in favor of contractual obligations, giving the operators an advantage, but six landowners in Monroe County, OH, are testing them in the Seventh District Court of Appeals in Youngstown.

The case concerns a lawsuit filed by a group of Monroe County, OH, landowners in 2011 against Ohio-based Beck Energy Corp., alleging that a blanket lease drafted in 1983 was for drilling rights into the Clinton Sandstone formation, which was never developed (Hupp v. Beck Energy Corp.).

Two months after the lawsuit was filed, Beck in December 2011 sold 21,000 acres of deep mineral rights in Ohio, including the Monroe leaseholds, to ExxonMobil Corp. subsidiary XTO Energy Inc. XTO attempted to intervene in the lawsuit, which was denied, and a sales provision required Beck to defend the lease titles.

In July 2012, the Common Pleas Court of Monroe County found for the plaintiffs, ruling that the leases violated state public policy that encourages oil and natural gas production. The trial court also held that Beck had breached the implied covenant to reasonably develop the land by failing to drill any wells. All of Beck’s rights to the land also was forfeited.

Beck appealed the lower court ruling last August, but the Seventh District Court of Appeals held that the motion was premature. It delayed the appellate brief until the trial court issued the final order. With Beck’s appeal on hold, the plaintiffs filed a motion to certify the case as a class action by claiming that up to 700 landowners had executed similar contracts with Beck across the 21,000 acres.

In February, the lower court granted the class action, and in March, Beck and XTO filed another notice of appeal.

According to attorney Rick Zurz, who is representing landowners, records for the sale to XTO indicate that Beck sold the rights “for a lot of money…likely in the millions of dollars. The landowners got nothing.”

The Ohio Oil and Gas Association and more than a dozen industry-affiliated groups since have filed friend of the court briefs in support of Beck’s argument that the leases have to be reinstated. Beck’s lawyers said if the lower court ruling were to stand, it could jeopardize the state’s oil and gas industry and disrupt the way lease agreements are negotiated.

Development of the Ohio portion of the Utica Shale is taking off. To date, nearly 800 horizontal drilling permits have been issued by the Ohio Department of Natural Resources. Monroe County is the eighth most active leasing county with 33 permits. The top three Ohio counties are Carroll (300 permits), Harrison (115 permits) and Columbiana (80 permits).