Just days after a federal judge dismissed a lawsuit filed last year by New York State Attorney General Eric Schneiderman, the official hinted that he could file another lawsuit if natural gas drilling moves forward in the Delaware River Basin. 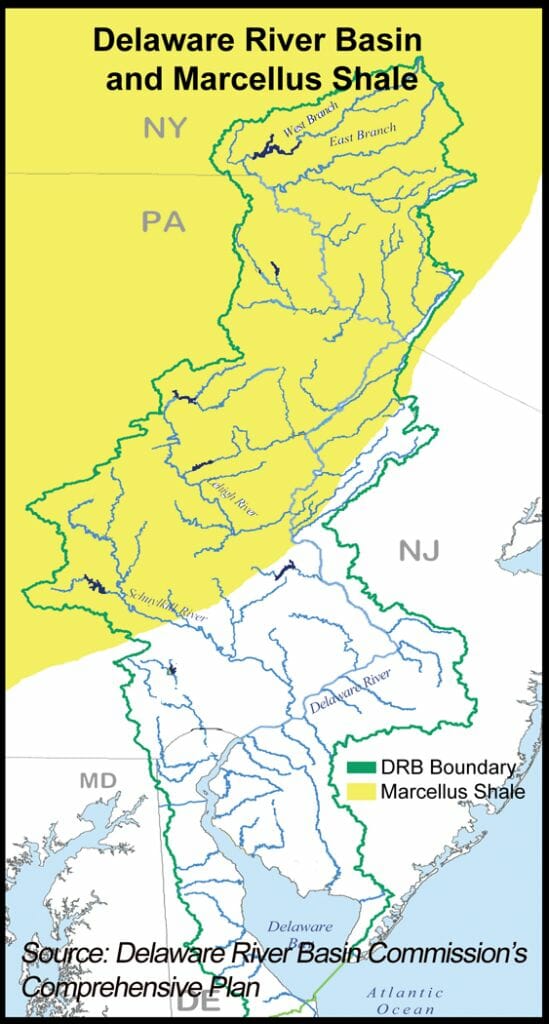 In an interview Thursday with The Journal News of White Plains, NY, Schneiderman said a decision on whether to file a second lawsuit depended upon the actions of the Delaware River Basin Commission (DRBC), and at least in part, the state Department of Environmental Conservation (DEC).

“It really depends on what happens,” Schneiderman told the newspaper. “I think, partly, the scene will change when New York issues its own regulations. We certainly don’t want our own regulations undermined by anything that is being done by this federal entity. And we will try and protect New Yorkers’ rights however we can.”

Schneiderman’s characterization of the DRBC as a “federal entity” could be in contravention to last Monday’s decision by U.S. District Judge Nicholas Garaufis to dismiss the first lawsuit the attorney general filed in May 2011 (see Shale Daily, June 1, 2011).

Several environmental groups joined Schneiderman’s argument that since a representative from the U.S. Army Corps of Engineers sat on the DRBC’s governing board, it qualified as a federal agency. That would require the commission to conduct a full environmental assessment of hydraulic fracturing (fracking) under the National Environmental Policy Act (NEPA) before it could issue rules governing the practice in the basin.

Although Garaufis dismissed the first lawsuit on the grounds that it was premature to speculate the possible risks fracking pose to the basin, he left open the possibility that an environmental assessment under NEPA would ultimately need to be performed by a federal agency in the future (see Shale Daily, Sept. 26).

The DRBC, an interstate compact that manages the basin’s waterways, was set to vote on a proposal to revise its water quality regulations last November, but the meeting was canceled and the proposal postponed indefinitely after Delaware Gov. Jack Markell said he opposed it (see Shale Daily, Nov. 21, 2011). A de facto moratorium on fracking in the basin remains in effect.

Last month a DRBC official told NGI’s Shale Daily negotiations between the four states in the commission — Delaware, Pennsylvania, New Jersey and New York — were taking place, but declined to speculate over when an agreement might be reached (see Shale Daily, Sept. 27).

“No one can say they’re not taking a hard look at all the facts,” the attorney general said.