New regulation over the permitting process involved in the importing and exporting of fuels in Mexico published in the country’s Official Gazette on Dec. 26 could prove harmful to competition in the Mexican energy sector. 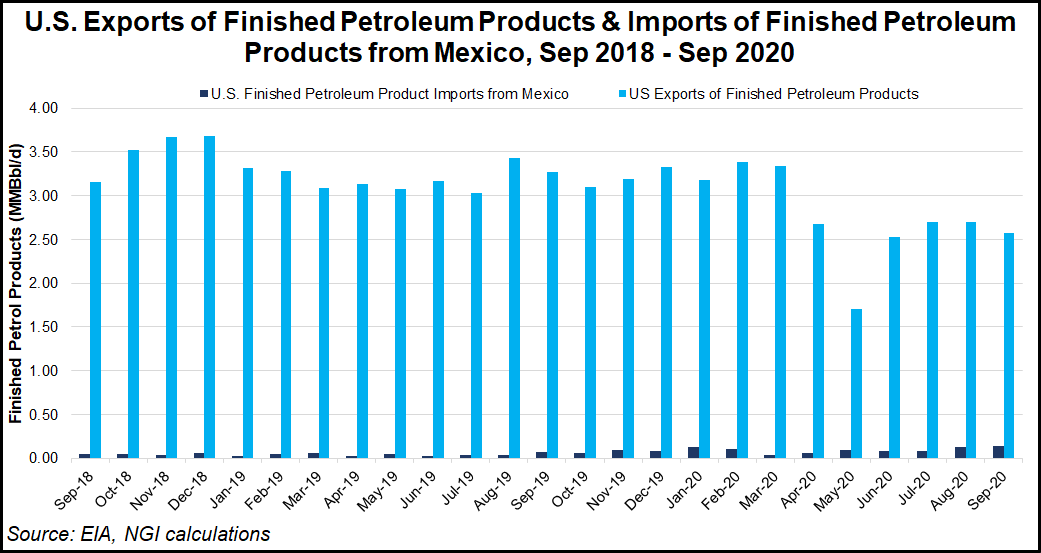 Still, Mexico’s Energy Ministry (Sener) made the requirements for permits official over the holiday weekend. Read the details, in Spanish, here.

One of the major changes in the published rules is the reduction in duration of refined fuel permits for private sector companies to five years, from twenty years. This reduces incentives to invest in long term transportation and storage infrastructure, Cofece alleges.

The bill also establishes unclear and burdensome requirements for requesting permits and grants wide discretion to Sener in their ability to revoke them. It turns the granting of permits into “a public policy instrument” to control the makeup of the energy sector.

In sum, the rules would essentially hand Petróleos Mexicanos (Pemex) a more dominant monopoly position in the marketing of refined fuels within Mexico, according to Cofece.

While natural gas remained essentially out of the criticism of the bill, the new rules stipulate that importers and exporters of gas in seeking permits need to provide Sener detailed information on volumes, infrastructure and also documentation supporting capacity on pipelines.

In terms of exporting liquefied natural gas (LNG), Mexico would grant an export permit only for shipping out excess gas, or once domestic supply has been established, Mexico energy analyst Gonzalo Monroy told NGI.

“Given that Mexico imports 90% of its natural gas, this is a big problem for companies that want to export LNG.”

There is obviously room for interpretation of this rule, given that Mexico’s government has backed the Energía Costa Azul (ECA) export plant set for Mexico’s Baja California. The Sempra Energy plant would liquefy U.S.-sourced gas and send it out to Asia.

There are two other LNG projects proposed for Mexico’s Pacific Coast.

Energy Minister Rocío Nahle defended the decision on Twitter on Monday saying that all countries in the world regulated petroleum product imports. She also framed the rules in the context of ensuring the legality of the origin of imports and exports.

While there was outcry from analysts over the decision, it does fall in line with the push by Mexico President Andrés Manuel López Obrador to favor state companies in the energy sector, as outlined by a memorandum he issued in July and sent out to regulators.

The rules most closely resemble the changes seen in the electric power segment in June, when Sener published a bill in the Official Gazette favoring state power company Comisión Federal de Electricidad (CFE) in power dispatch.

That change was fought and continues to be fought in the courts. Expect the same with this one, Monroy said, adding that the decision almost certainly goes against international trade and investment treaties in place, including the recently-signed United States-Mexico-Canada (USMCA) agreement.