A new federal rule intended to prevent large banks from denying loans to companies in the oil and gas industry and other sectors that have fallen out of favor with some institutional investors because of environmental and social concerns represents a win for energy companies. But it may prove short-lived. 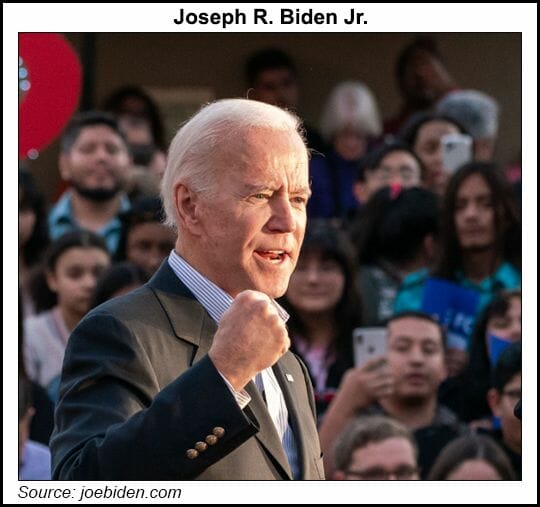 The “fair access” rule, finalized on Jan. 14 by the Office of the Comptroller of the Currency (OCC) and slated to take effect April 1, attempts to bar banks with more than $100 billion in assets from refusing to finance certain business projects. Citing environmental concerns, for example, Wells Fargo & Co., J.P. Morgan Chase & Co. and other major U.S. lenders have said they will no longer finance drilling in the Arctic National Wildlife Refuge. Banks have also recently steered clear of firearms sellers and private prisons.

Under the new OCC rule, banks would be required to provide or deny credit and other financial services based on their risk assessments of individual customers. They could face steep fines if they instead refuse to finance companies based on broad-based policies that affect entire categories of borrowers.

“When a large bank decides to cut off access to…companies conducting legal businesses in the United States that support local jobs and the national economy, they need to show their work and the legitimate business reasons for doing so,” said Brian Brooks, who stepped down as acting comptroller of the OCC on Thursday after finalizing the new rule.

Oil and gas proponents lobbied for the OCC rule and applauded the change.

“Efforts by extreme political groups to compel unnecessary chaos must be prevented,” Barry Russell, CEO of the Independent Petroleum Association of America, said in a letter to the OCC supporting the rule. He called the rule “a significant step” to prevent lenders from simply casting aside the oil and gas sector.

Banks, however, opposed the rule and joined other critics in calling for President-elect Joseph Biden — whose inauguration is Wednesday — to revamp or abolish it.

“The rule lacks both logic and legal basis, it ignores basic facts about how banking works, and it will undermine the safety and soundness of the banks to which it applies,” said Greg Baer, CEO of bank industry advocate the Bank Policy Institute. “Its substantive problems are outweighed only by the egregious procedural failings of the rulemaking process, and for these reasons it is unlikely to withstand scrutiny.”

Bank advocates argue that regulators have long mandated that lenders should make decisions based on both a borrower’s ability to repay and corporate strategies intended to minimize risks to their reputations.

Banks “have taken the position that they will not provide services to certain industries for ethical or faith-based reasons, because of the perceived ethics of the business within their communities, employees and shareholders,” the American Bankers Association (ABA) said. “Their reputation in their communities would be at stake if they did not exercise such discretion.”

Critics of the rule noted that it was not yet published in the Federal Register and likely will not be before Biden takes office. If that is the case, Biden could quickly appoint an acting OCC director, who could nix the rule.

Failing that, Brooks’ successor could overhaul the regulation before April or congressional Democrats – who now have majorities in the House and Senate — could repeal it via legislation. Banks could also sue to block the rule via the courts.

Analysts at Clearview Energy Partners LLC said that, with several options before it, the Biden Administration is likely to “suspend and rescind the rule.”

The ABA noted that Russel fast-tracked the new rule and did not allow sufficient time to genuinely assess comments from thousands of stakeholders – a factor that would support legal action. The rule was proposed in November. Bank regulations usually undergo several months of review before they are finalized.

Additionally, the OCC said it received 35,700 comments. Of those, 4,200 supported the rule. The rest opposed.

Moving the energy economy to net zero emissions is timely and costly, and the world now faces another dilemma: a natural gas market under “tremendous pressure” ahead of winter, the International Energy Agency (IEA) said Wednesday. In launching its annual World Energy Outlook (WEO-2021), the global energy watchdog acknowledged that winter 2021/2022 is opening with…