The low point, reached on Feb. 17, marked a decline of 21% from the average of the prior week, the agency said.

Temperatures in Texas during the extraordinary cold snap averaged nearly 30 degrees lower than normal for the time of the year.

Unlike natural gas production infrastructure in northern states that is built to withstand frigid conditions, wellheads, gathering lines and processing facilities in Texas are not “weatherized” for prolonged bouts of freezing temperatures. That makes them “susceptible to the effects of extremely cold weather,” researchers said.

In a separate report Thursday, EIA said that, with the frosty temperatures and light production, the industry withdrew 338 Bcf from natural gas storage in the week ended Feb. 19, the second-steepest pull on record.

As temperatures began to climb on Feb. 18, so too did natural gas production in Texas, EIA said. By Wednesday (Feb. 24), output reached an estimated 20.9 Bcf/d in the state, only 0.3 Bcf/d shy of the average for the week ended Feb. 13.

Oil refinery inputs averaged 12.2 million b/d during the latest covered week, down 2.6 million b/d from the previous week’s average. Refineries operated at 68.6% of their operable capacity last week, down from 83.1% the prior week, the agency reported. 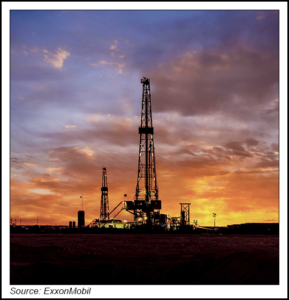