State proposals to transition toward net-zero carbon emissions remain in the “early innings” but there are opportunities for natural gas utilities, according to Xcel Energy Inc.’s incoming CEO. 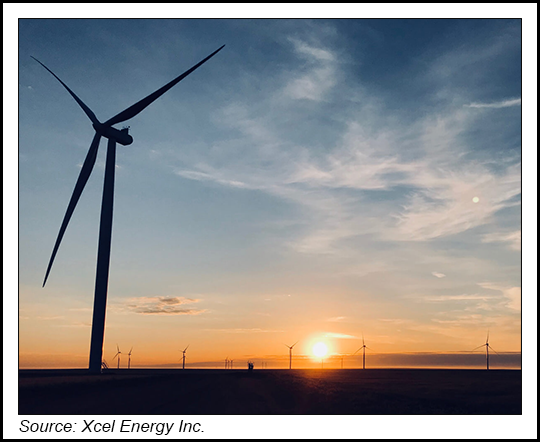 COO Bob Frenzel, who is taking over as CEO for retiring Ben Fowke, discussed the energy transition recently during a 2Q2021 earnings conference call.

“They are similar to what we went through in the ‘90s with renewable mandates,” said Frenzel. The decarbonization solutions are “somewhat expensive.”

The Colorado and Minnesota programs are similar in that they recognize that any solutions would have to maintain current reliability and affordability of the utility systems, Frenzel said. “There are criteria for making sure that they are cost-justified and beneficial for customers. In each state, we have been very active in the legislative process, and we are working with state agencies on how the regulations are written to implement new laws, and we will propose ways for our customers to reduce their carbon footprints.”

Xcel has integrated resource plans in the states, which emphasize renewables growth, more efficient gas-fired generation and a plan to retire coal-fired generation. Xcel has pledged to reduce its carbon footprint by 80% and eventually achieve 100% carbon-free electric generation.

The plan is to add 10,000 MW of renewables over 10 years. The resource plans in Colorado and Minnesota will be key, according to CFO Brian Van Abel.