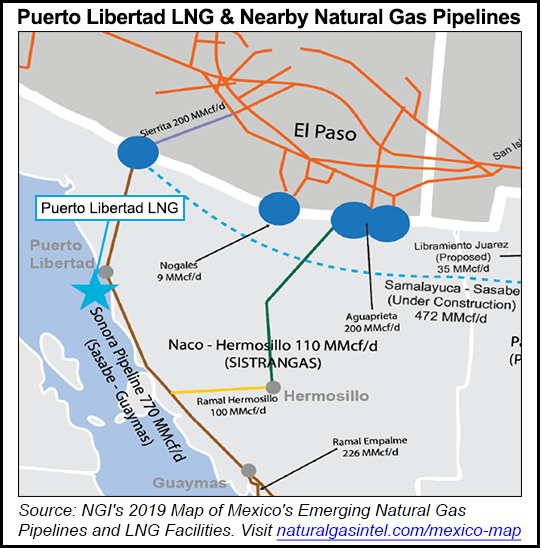 Mexico Pacific Ltd. LLC’s (MPL) CEO Doug Shanda thinks his company’s liquefied natural gas (LNG) export project in Puerto Libertad, Sonora State, could make a final investment decision (FID) by the end of 2021, with first LNG shipped out in 2025, “right when the supply gap is forecasted to open up.”

“We have some really good momentum for us going on this year, we’ve made some great strides forward and have a lot of commercial momentum,” Shanda told NGI.