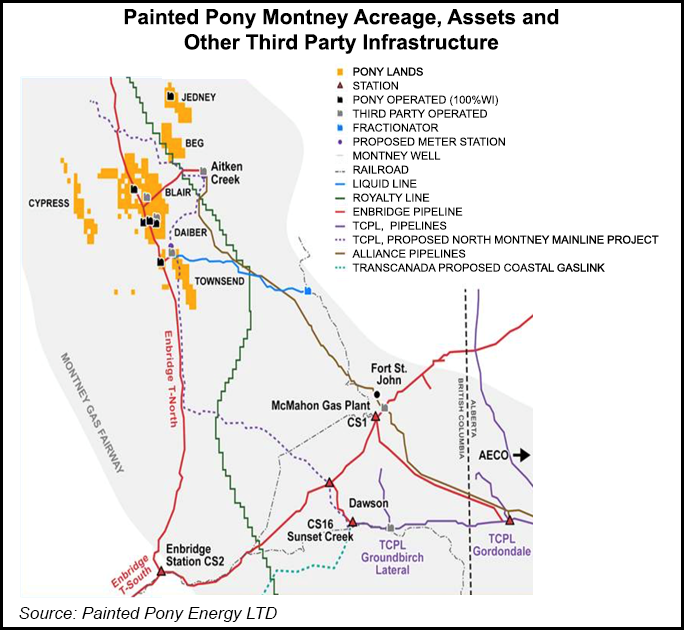 In its recommendation to stockholders, Painted Pony attributed the takeover to “weak prices for natural gas over the past three years and a recent decline in natural gas liquids.” Painted Pony had been searching for a purchaser.

A western Canada-wide and international asset portfolio enables CNRL to survive through market lows in anticipation of eventually resuming growth.

The location of the acquired assets, 277,568 acres of Montney drilling targets beside the Alaska Highway near Fort St. John, positions the company to become supply sources for the LNG Canada export terminal under construction on BC’s northern Pacific coast.

Nearly three-quarters of the company’s current liquids production comes from the northern Alberta oil sands, including 220,555 b/d from thermal plants that use gas-fired steam injection for underground bitumen extraction.

The takeover deal is scheduled to close before the end of this year, following a vote by Painted Pony stockholders.