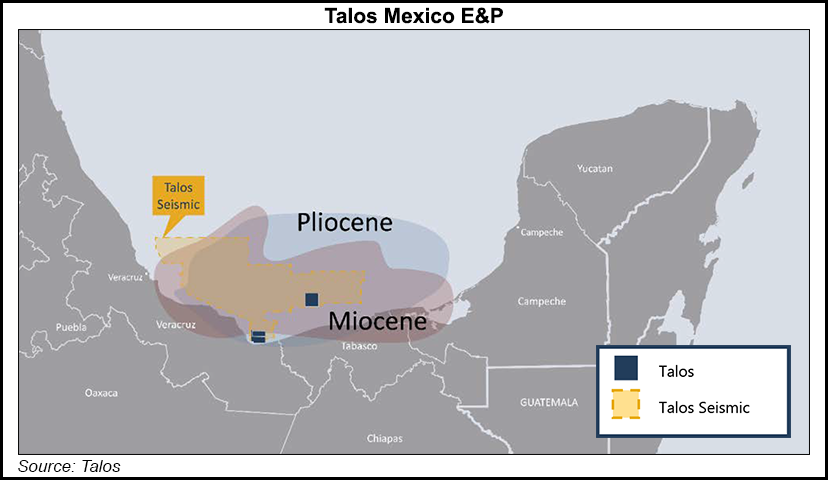 Mexico’s Energy Ministry (Sener) has ordered the unification of the Zama discovery offshore Mexico and has given Houston-based exploration and production company Talos Energy Inc. and Mexican state company Petróleos Mexicanos (Pemex) 120 days to come up with terms of how to carry out joint development of the field.

In May, Mexico upstream regulator Comisión Nacional de Hidrocarburos (CNH) found that there was reservoir connectivity between Zama and the neighboring block controlled by Pemex.

Sener said Wednesday the purpose behind the decision was to maximize the economic value of the extraction of hydrocarbons at the offshore field, which sits about 37 miles offshore Tabasco, Mexico.

Awarded to Talos in a 2015 bid round, the Zama discovery is considered to be one of the largest oil finds by a private sector operator in Mexico.

Talos’ CEO Tim Duncan reportedly welcomed the decision, in particular as it pertains to providing structure and transparency to a process that has dragged on for months.

The U.S. company said in its first quarter earnings call that it expected a final investment decision on Zama toward the end of the year. First oil would come two and a half years later.

In 2018, under Mexico’s previous government, Talos and Pemex had signed a pre-unitization agreement to lay the framework for how the firms would jointly develop the area in the event of a confirmed, shared reservoir.

Pemex CEO Octavio Romero Oropeza then sparked controversy when he said the state oil company holds the majority of the resources in Zama and should be the operator.

Duncan said the ongoing discussions don’t have to do with Pemex being the neighbor on the block, but rather the extension of the reservoir.

“We’ve entered this phase partly because this discovery is maybe even bigger than we thought,” Duncan said during the earnings call.

Talos holds a 35% operating interest in the consortium that operates offshore Block 7, which was awarded through the Round 1.1 bidding process conducted by CNH in 2015. The remaining stakes are held by Sierra Oil & Gas, Wintershall DEA Co. (40%), and Premier Oil plc (25%), which is seeking to sell its stake.

If the field is developed jointly between Pemex and Talos, it would be the first joint venture development between a state firm and a private sector operator in the history of Mexico’s oil and gas sector.

Analysts celebrated this fact on Wednesday, while others claimed the decision was political and would favor state firm Pemex when it comes time to deciding who would operate the block.

The Sener decision was issued on the day that Mexican President Andrés Manuel López Obrador was in Washington, D.C., visiting his American counterpart Donald Trump. The meeting of the two presidents was seen as a symbolic victory for improving economic ties between the two countries.

A total of 111 exploration and production contracts awarded under Mexico’s 2013-2014 constitutional energy reform remain in effect.

Prior to the reform, only Pemex was allowed to hold oil and gas acreage. But the López Obrador government has since canceled all new oil and gas auctions and has in general proved antagonistic toward the private sector and international companies operating in Mexico’s oil and gas segment.