Mexican President Andrés Manuel López Obrador on Tuesday reaffirmed his opposition to the liberalization of the country’s energy sector, and his skepticism about the effectiveness of oil and gas bid rounds. 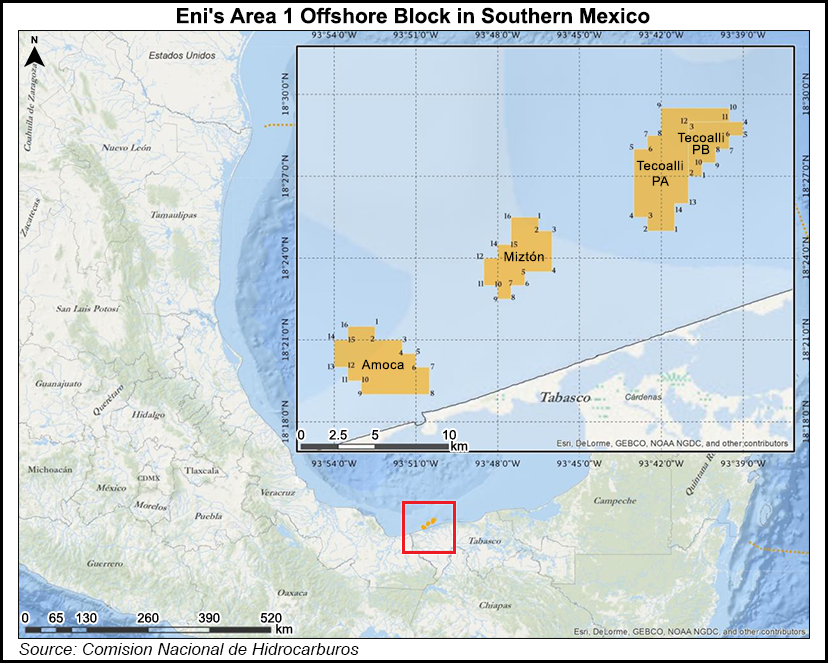 Mexicans “must not forget that the technocrats…deceived, saying that the energy reform was the cure-all, that if it were approved we would be much better off, producing more oil, that by this time we would be producing three million barrels per day,” the president said during his daily morning press conference.

“And it turned out that they left us [production of] 1.7 million b/d, and in free fall,” he said, adding that of the 107 contracts awarded through bid rounds between 2015 and 2018, only one company is producing what is, “by the way, a marginal, very limited,” amount of oil.

The latter reference was to Italian operator Eni SpA, which in July announced it had begun early phase production from the shallow water Miztón field in Area 1 in Campeche Bay off southeastern Mexico.

The Comisión Nacional de Hidrocarburos (CNH) awarded the area to Eni through the Round 1.2 bidding process in September 2015. Eni expects to reach a production plateau of 100,000 boe/d from Miztón by 2021.

López Obrador struck a much friendlier tone toward Eni less than a month ago, when he hosted CEO Claudio Descalzi in Mexico City, and posted a tweet thanking him for “fulfilling his responsibility and for trusting in Mexico.”

The message, along with the resolution of a contractual dispute with four natural gas pipeline developers, appeared to signal a softening of López Obrador’s stance toward private investment in the energy sector, and led to speculation that he may allow bid rounds and/or farmout tenders for operating stakes in Pemex acreage to resume.

On Tuesday, however, he accused his predecessors of trying to “ruin” Pemex and CFE, and criticized the profit-sharing upstream contract model allowed under the reform.

He said that his government will not cancel already awarded contracts, but that, “if there isn’t production from these contracts…we cannot say that we will continue awarding concessions.”

Pemex general director Octavio Romero Oropeza said Pemex had stabilized its declining crude output and that as of this week, production had reached 1.715 million b/d, up from 1.626 million b/d in January. Pemex expects output to surpass 1.8 million b/d by year-end, Romero said.

Pemex expects oil production in October to average 1.7 million b/d, Romero said, because of scheduled maintenance on the Yúum K’ak’náab tanker vessel, which plans to shut in about 88,130 b/d of production over 7.5 days.

He added that this year, for the first time in 15 years, Pemex will see a year/year increase in its proved plus probable oil reserves.