It’s probable that a trade dispute between Mexico and its northern neighbors Canada and the United States will be resolved through discussion, Carlos Flores, Director of Business Development at Nordex Group for Mexico, Colombia, Peru, Central America & Caribbean, told NGI’s Mexico GPI. 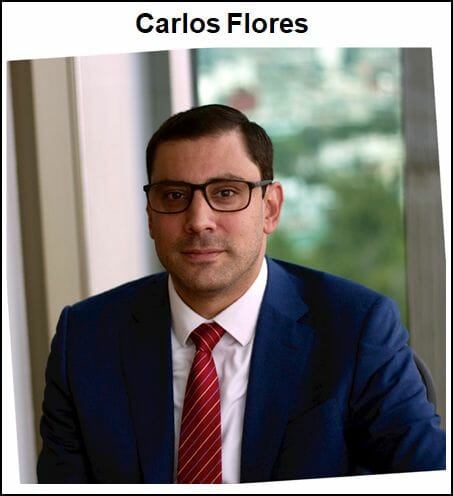 “Nonetheless, there is no question that, if the consultations are taken to a panel to make a legal determination, the U.S. and Canada will win and Mexico will lose,” he said.

He added: “I think the preferred result for Mexico would be to arrive at a middle ground and understanding before reaching the panel stage.”

Flores holds an MBA from Egade Business School, an undergraduate degree from the Tecnólogico de Monterrey, and additional certifications from the Escuela Libre de Derecho, Cornell University and the Harvard Extension School.

NGI: As someone who develops hydrogen projects in the region, what is your opinion on the opportunity for the hydrogen market in Mexico?

Flores: Mexico is a country that should already be thinking about how to make hydrogen projects viable. But the truth is, Mexico is already a few years behind countries with comparable conditions. Other countries have already created hydrogen market regulation, for example, and have already published a road map about how to develop future hydrogen projects. We don’t have that yet in Mexico. We have electricity sector regulation, which is now in a state of uncertainty about whether it is valid or if it is current. This is the same for the hydrocarbons sector. Though neither the electricity sector regulation – nor the hydrocarbons sector regulation – are specifically designed for hydrogen.

Mexico should have begun to take these steps, as we’re already a few steps behind other countries in similar situations, such as Chile and Colombia, and many steps behind more advanced markets, such as the U.S. and Germany, to name a few.

Having said that, it’s also true that Mexico has great potential to develop its own hydrogen projects. It has some of the fundamental elements in place, such as sites with a large capacity for wind projects, which could also be complemented with solar projects to achieve a high enough capacity necessary for hydrogen production to be competitive. Mexico also has ample land available that is required to develop these types of projects that could be carried out at costs which are comparatively lower than other countries. Additionally, Mexico has a large number of ports and many of them have sufficient capacity to export the product.

The one thing that is really slowing development of the Mexican hydrogen market at this point is the lack of regulation that would provide clarity in the mid to long-term.

NGI: How many hydrogen projects does Mexico currently have?

Flores: What is known, or what the Comisión Federal de Electricidad (CFE) has said publicly, is that they are developing a hydrogen project. I’ve also heard that a pilot plant is under development, though I’m not too clear on the details of it. I think there are a lot of companies in Mexico considering how to develop hydrogen in the country, though I don’t think there have been many concrete business decisions made in the hydrogen sector.

NGI: In more general terms of the energy industry, what’s your take on the ongoing United States-Mexico-Canada-Agreement (USMCA) consultations between Mexico, the U.S. and Canada?

Flores: I’ve seen two opinions that are completely apart from one another about what’s going to happen. I’ve seen, on one extreme, analysts and specialists who opine that Mexico will lose around $20 billion as a result of these consultations if they advance to the stage where a panel is required to make a ruling. They think that Mexico would lose a panel ruling, and thus could lose as much as $20 billion as a result.

Additionally, I’ve heard the opinion that those losses would really be just the tip of the iceberg. In addition to losses as a result of the U.S. and Canada complaints, other countries that have invested in energy development in Mexico would seek similar compensation for damages, which could as much as double the losses for the country to somewhere in the range of $40 billion. And there are several other countries that could make these types of claims, such as Italy, Spain, Germany, Portugal, Japan and others.

And on the other extreme is the position of the federal government. What they assure is that Mexico has the right to change its regulatory framework, its legal framework, and for that reason, nothing will happen as a result of the consultations.

So, the extremes range from no financial damages and the idea that nothing will happen, to estimates of $40 billion in losses.

I’m not in agreement, however, about the estimates going around related to the amounts of money that Mexico will lose, such as the $20 billion or $40 billion. These estimates are based upon the total values of the energy projects that have been affected, assuming that Mexico would have to pay out the full value of the affected centers or plants. In my opinion, Mexico won’t have to pay for the full value of the solar or wind plants impacted by regulatory changes. These centers and complexes haven’t completely stopped 100% of their operations, and in some cases, they have found ways to recover some of their initial investments through other channels. So, I think requests to negotiate for a 100% reimbursement for the cost or value of an affected plant are not going to happen.

I think the two viable scenarios are, one, that if we get to the panel stage, the companies will request the loss of profits or earnings as a result of the government’s changes to current Mexican energy policy. And to make an informal calculation, or a back of the napkin estimation, I think that amount might be between $1 billion and $2 billion.

So then, the question is: Would Mexico be relieved to only pay $1 billion or $2 billion for damages, instead of the estimated $20 billion? And I think that question should best be directed at farmers, cattle ranchers or members of the agriculture sector, because they will be the ones that suffer as a result of the tariffs and the penalties that will be applied following these consultations. They will be the ones that lose competitiveness, earnings and market value. So, we should ask them if we should feel relieved that the economic impact wasn’t as bad as it could have been.

That is one scenario that I see as a possibility, though I don’t consider it the most probable.

NGI: What would the more probable scenario look like in your opinion?

Flores: The most probable scenario that I see is that the consultations won’t arrive at the panel stage and that a middle ground is found in the negotiations process. As I mentioned earlier, there is no question that, if the consultations are taken to a panel to make a legal determination, the U.S. and Canada will win and Mexico will lose. I think the preferred result would be to arrive at a middle ground and understanding before reaching the panel stage.

I think that would look like a scenario in which the U.S. and Canada consider a win for them, and that President López Obrador doesn’t consider it a loss for Mexico. And I think that perhaps that middle ground may occur in the high-level diplomatic talks, such as those that took place between U.S. Secretary of State Antony Blinken and the Mexican government a few weeks ago. The message after that meeting, for example, was that the U.S. and Mexico can work together to develop an industry and a technology in regards to microprocessors and storage for electric vehicles. So, perhaps that could be a sort of middle ground that could be reached, in which the U.S. finds a way to recuperate part of what they’ve lost and where Mexico also emerges feeling as if they too won in the negotiations. This could be in terms of employment or even regarding lithium, which was recently declared a resource of the nation and could perhaps be used as a bargaining chip in the negotiations.

So that is the scenario I consider to be the most probable, which is that a middle ground will be found in the negotiations process before having to turn to a panel to make a determination.

NGI: In recent months, we’ve seen the CFE and Pemex sign deals with private companies, such as TC Energy Corp. and New Fortress Energy Inc., which is somewhat contradictory to the rhetoric of the administration, which has often frowned upon private investment in the energy industry. What is your take on these recent contracts awarded to private companies by the CFE and Pemex?

Flores: I think it’s a good sign. I think it’s what we as Mexicans want from the CFE and Pemex. We want these companies to invest and we want these companies to be competitive, which is beneficial to the country. So, it’s good that they are bringing in investments and doing new projects, and that they are making efforts to improve the services for Mexican consumers and create revenue for the country and not losses.

What is not good for Mexico is if these deals are done outside of the law; on the margins of the law or the regulatory framework. For an electricity project, for example, the current regulatory framework establishes the precise path for a company to follow to be able to start a project from zero and go from greenfield, to construction, to operation. And to do so, companies need to pass through an environmental impact study, a technical study, receive a permit to generate electricity from the CRE, go through several electrical studies, an interconnection contract, etc. So, there is an established roadmap, and it’s important for the country and Mexican citizens that these projects are carried out according to the regulatory framework established by the law, and not only by improvisation or Presidential orders.