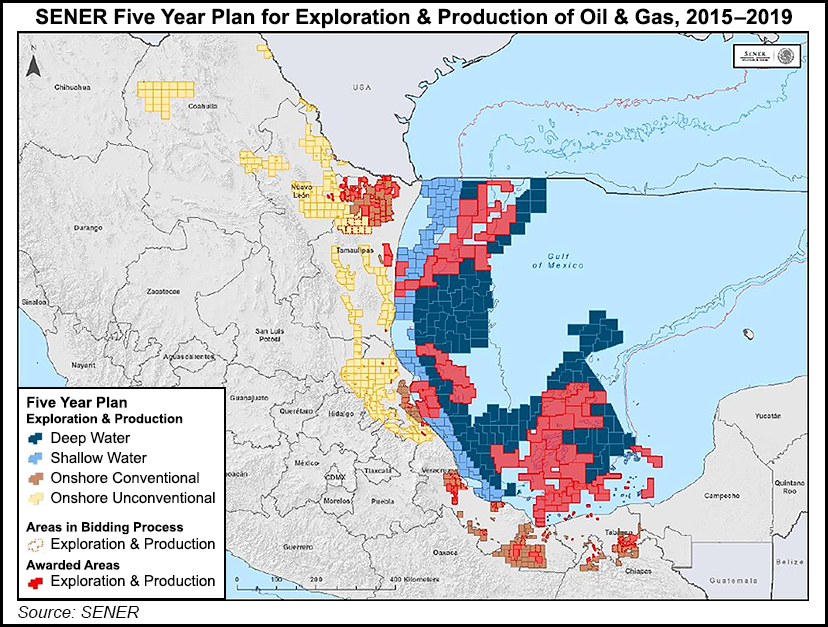 By limiting the private sector’s role in oil and gas exploration and production (E&P), Mexico is missing out on opportunities that may not come around again, industry experts told the senate last week.

As part of the energy security and sovereignty forum, prominent figures from the public and private energy sectors implored the government to resume bid rounds, promote unconventional drilling, and embrace partnerships with the international oil industry.

AMEXHI is a trade group representing oil and gas companies in Mexico.

However, Cochran said, “if Mexico does not continue exploring new areas, production will fall. It’s simply the nature of the industry.”

Pemex’s 2019-2023 business plan instead relies heavily on integrated exploration and extraction services contracts, known by their Spanish initials as CSIEEs.

Under this model, the OFS contractor assumes the totality of capital expenditures (capex) and operating expenditures (opex) for the life of a given project, while Pemex retains a 100% operating interest.

The OFS provider is paid a per-barrel fee for oil production and a per-million cubic foot fee for natural gas output.

A drop in liquefied natural gas (LNG) demand kept the pressure on gas futures near the front of the curve in early trading Monday.  The October Nymex contract was down 7.4 cents to $1.974/MMBtu at around 8:40 a.m. ET. The start of annual fall maintenance at the Dominion Energy Cove Point LNG terminal has cut…