Toledo, speaking at a forum in Mexico City in late November, said not only does the ministry consider unconventional drilling to be damaging to the environment, but it also backs the enactment of legislation that would completely ban the practice.

“We are going to work that legislation is created to prohibit the practice of fracking,” Toledo said. “There are proposals in each of the three congressional chambers that we are going to support.” For a law to be enacted, “a lot of things have to be modified, but it will be done slowly and deliberately because it will entail a lot of negotiations.”

According to Toledo, bills to prohibit fracking were submitted to three congressional chambers in late 2018 and again in July, although are yet to be discussed. In the event the bills were approved, the law would outlaw fracking and unconventional resource development, he said.

Toledo’s lobbying for a legal fracking ban, while aligned with the views of President López Obrador, differs with the opinion of many in the energy industry who consider unconventional drilling necessary for Mexico to achieve its goal of energy sovereignty. National Hydrocarbons Commission (CNH) Commissioner Alma América Porres said in October she considers unconventional resource development to be “the future of the hydrocarbons industry in Mexico.” 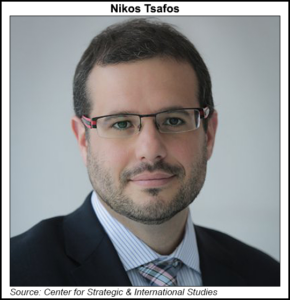 Nikos Tsafos, a senior fellow at the Center for Strategic & International Studies’ Energy Security and Climate Change Program, believes the global natural gas market can count on turbulence in the years ahead, with more volatility likely and an increasingly murkier role to play in the energy transition.  NGI: It was a rough summer for…