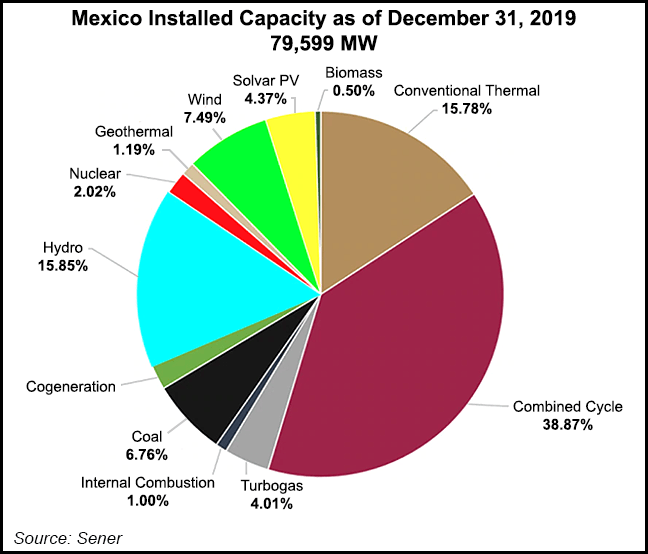 The former employee, who asked to remain anonymous, said an estimated 200 staffers, or about 40% of CRE’s workforce, were told to return their computers, and their access to CRE’s computer systems was immediately restricted.

The staff reductions could affect the implementation of a regulation that is still pending for the natural gas segment, the former CRE employee said, including the rules that govern the integration of new pipeline systems into the Sistrangas national pipeline grid, those covering the distribution segment, and the “asymmetric regulation,” or vertical disintegration, of national oil company Petróleos Mexicanos (Pemex) as mandated in the 2013-2014 constitutional energy reform.

President Andrés Manuel López Obrador has had a contentious relationship with CRE, which is roughly analogous to the U.S. Federal Energy Regulatory Commission. The CRE oversees permitting and regulation in the electricity, liquid fuels and midstream natural gas segments.

Early in his presidency, López Obrador accused CRE’s then-chairman Guillermo García Alcocer of having “conflicts of interest” and seeking to help the private energy sector to the detriment of Pemex and state power utility Comisión Federal de Electricidad (CFE).

The allegations were never proven, and they were denied by García Alcocer.

The budgets of CRE and of upstream oil and gas regulator Comisión Nacional de Hidrocarburos (CNH) have been slashed under López Obrador, who has frequently criticized both autonomous organizations.

Mexico energy experts on social media expressed their dismay at the news, which local news outlets were reporting as well. The layoffs come amid a surge in confirmed Covid-19 cases in the country.

“Lamentable what is happening at the CRE,” tweeted Adrian Duhalt, postdoctoral fellow in Mexico energy studies at Rice University’s Baker Institute for Public Policy, in response to the news.

The Sener policy sought to limit the entry of renewable energy projects into operation by suspending their preoperative tests, and to give priority in the dispatch order to existing power plants operated by CFE, all under the pretext of ensuring stable power grid operations and continuity of supply amid the coronavirus pandemic.

Participants in the local power sector, as well as the Canadian ambassador to Mexico and representatives from the European Union, expressed concerns to Energy Minister Rocío Nahle that the rules violated the constitution and the terms of energy supply contracts awarded to project developers under the energy reform framework.

Cofece said the Sener policy “undermines the fundamental principles of competition and free market access ordered” in Mexico’s constitution, and that it breaches the sphere of Sener’s constitutional mandate to set energy policy.

In his daily morning press conference Tuesday, López Obrador said his administration would respect the court’s decision, but “we will fight for the public interest.”

He also said his administration would be taking legal action against former officials who authorized “fraudulent” contracts to private power generators that he said resulted in offtaker CFE paying unnecessarily high electricity costs.