The business climate in Mexico has been hurt by new laws favoring state power company Comisión Federal de Electricidad (CFE) over private sector generators, according to industry participants and analysts. 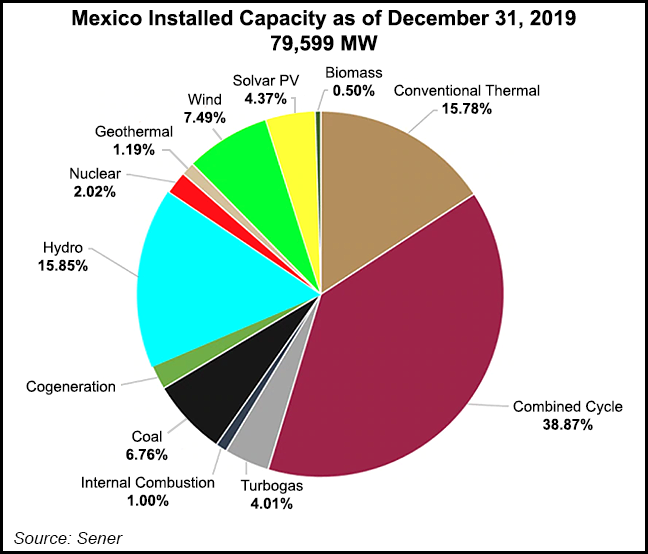 “It’s about putting structure into the electrical system,” Nahle said in an interview on Mexican radio station Radio Formula on Monday.

The new agreement guaranteeing “reliability, security, continuity and quality in the national electric system” is beneficial to the power system because it allows for “effective planning” at a time of demand uncertainty, the energy ministry (Sener) said in a statement.

Sector participants exploded against the rules.

The Canadian ambassador to Mexico, Graeme Clark, sent a letter to Nahle on Friday signaling his concern that cancelled auctions, permitting delays, along with new regulation in the energy sector put at risk $450 million in Canadian investment through companies such as Atco, Canadian Solar, Cubico Sustainable Investments and Northland Power.

Representatives from the European Union also sent a concerned letter to Nahle, in which they stated that the new rules would threaten $6.4 billion of investments in clean energy projects.

Nahle, who has prioritized refineries and the oil sector, said on Monday that she would respond to their concerns this week.

Members of Mexican business groups Consejo Coordinador Empresarial (CCE) and the American Chamber Mexico agreed, saying in a joint statement that the rules were a violation of the legal framework and could potentially displace any kind of private sector generation project, renewable or not.

Renewable power projects in Mexico won at public auctions during the previous administration were deemed to be among the most cost-competitive in the world.

But the rules are also very much in line with changes seen under the administration of Andrés Manuel López Obrador, a firm opponent of the energy reform that opened up the sector to private participation in 2013-14.

López Obrador has blasted the previous administration for weakening CFE and state oil company Petróleos Mexicanos (Pemex). He has also turned his nose up at private investors through the cancellation of the already under-construction international airport, along with other actions in the energy sector such as ending new oil and power auctions and forcing the restructuring of natural gas pipeline contracts.

On Monday morning during his daily presser, López Obrador said that private companies in the renewable energy segment could go to the courts if they felt it necessary.

The news comes at a time of economic hardship in Mexico as the country struggles with the impacts of the coronavirus. Even before the virus, Mexico’s economy had stagnated; now analysts see gross domestic product falling by as much as 10% in 2020.

Zárate said the new rules don’t bode well for the economy in general. “When you are talking about a change that is so important in the regulatory system in a country, that goes against the law, it just generates a lot of doubt in the economy in general,” he said. “The private sector right now is thinking what does this mean for them? How risky is it to do business in Mexico?”