“The principal concern of international companies and investors is the uncertainty that the electricity law could cause, and a lot of people are holding off on further investments while they wait to see what will happen,” Marcela Roque, Energy Director at Luxem Energía in Mexico City, told NGI’s Mexico Gas Price Index. 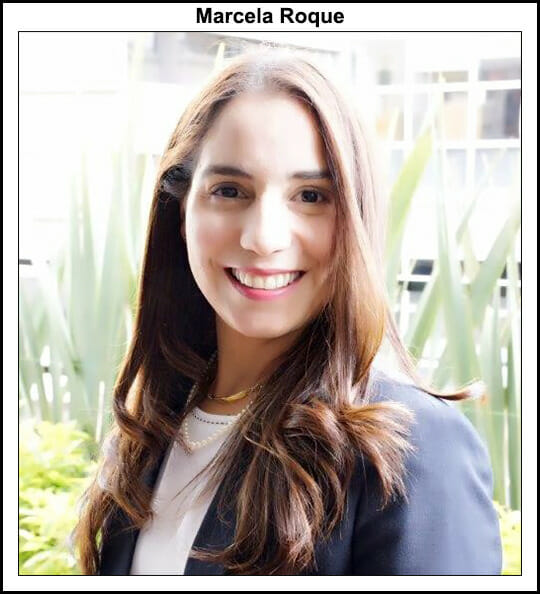 “Many investors have goals for capital allocation and, if Mexico isn’t the right platform for it, they will go to other countries where investment is more welcomed,” Roque said.

A Mexican federal court judge on Thursday suspended the implementation of the power sector law that would give priority to Mexican state utility Comisión Federal de Electricidad (CFE) in the electricity dispatch order over private-sector generators. Mexican government officials have said they will appeal the court’s decision.

After swift approval by both houses of congress, the law was published Tuesday (March 9) in Mexico’s Federal Register.

Roque has been the Energy Director at Luxem Energía since 2019, where she oversees business strategy, pricing, trading, the purchase of hedges, client services and asset management. Previously, Roque worked at CFE Calificados, a subsidiary of Mexican state CFE, from 2017-2019 and before that at East Coast Power and Gas in New York.

Roque graduated from the Global Affairs Energy Finance Master’s Program at New York University, where she focused her research and studies on energy finance and electricity markets. She also holds an undergraduate degree in international business from the University of Monterrey (UDEM).

NGI: For those not familiar with Luxem Energía, can you tell us about the company and its history in Mexico?

Roque: Luxem was created in 2017. The partners are Factor Energia and Gemex. Factor Energia is the fifth biggest electricity provider in Spain and has around 110,000 clients and has been operating in the Spanish market for 21 years. The company has ample experience and know-how regarding electricity supply and, when looking to expand into other markets, the opportunity presented itself to move into Mexico. The company was looking to partner with someone with experience in the Mexican energy market and that had a good understanding of the existing regulation, and they found that in Grupo Gemex.

NGI: One of the main issues in the industry in recent weeks has been the government proposal to modify the current electricity law. What are your thoughts on this proposal and what signal does it send to the Mexican energy sector?

Roque: This “counter reform,” or “fuel oil law” as some are calling it, presents several structural changes in the functionality of the market. One of these changes is modifying the dispatch order of power plants.

The counter reform would establish a fixed dispatch order that would first take electricity from hydroelectric plants, then CFE power plants (which are the most expensive and run on diesel fuel), third would be renewable plants and finally combined cycle plants of private companies, which are the most efficient. Additionally, marginal costs would no longer be considered, as only the unit cost of production would be considered.

NGI: What impact would these changes have on the electricity market?

Roque: A few things. First, to dispatch electricity from more expensive power plants, the generation cost on the system would increase and therefore raise the rates for CFE’s basic supply, or the Finance Ministry would have to increase its subsidy.

Additionally, market prices would be dictated principally by the costs declared by the CFE power plants, which can’t guarantee transparency. As a result, there would be uncertainty when projecting future market prices due to the fact that they weren’t based on market variables.

Finally, the price signals that are currently provided by marginal prices would be lost, which means the loss of information about areas where power plants and transmission lines should be constructed.

NGI: How would the new electricity law impact the Clean Energy Certificates, or CELs?

Roque: The new law would look to give CELs to renewable power plants that began operations before the electricity reform. Currently, only the clean energy power plants that were constructed after the electricity reform qualify to be accredited with CELs. The rationale for that is that these power plants can sell their CELs for a positive amount, to obtain additional revenue on top of the sale of energy and capacity, which allows them to be more profitable. What the “counter reform” asks for, is that all the renewable power plants will be able to accredit CELs.

This change would mean that the market would be flooded with CELs which would reduce their value and price. This would violate the objective and the reason for the existence of CELs, which is to incentivize the construction of new renewable power plants. As a result, this would affect the achievement of the goals of the Paris Agreement, in which Mexico committed to generate at least 35% of its electricity through clean sources by 2024.

NGI: What do you see as some of the pressing concerns with natural gas in Mexico?

Roque: I see some important challenges with the construction of natural gas pipelines, mainly when it comes to social issues. I consider that it’s crucial for Mexico to have an ample pipeline system that will enable access to gas to different areas of the country, which will translate into the construction of more combined-cycle power plants. As combined cycles run on natural gas, the least contaminating fossil fuel, this would contribute to the energy transition.

NGI: There’s a lot of conversation in the industry of late about the federal and local mid-term elections in Mexico in June. How could these elections impact the energy sector?

Roque: The sector could be impacted if the Morena party obtains the majority in congress, which would allow them to make changes to the constitution.

NGI: The Mexican energy sector is experiencing a lot of uncertainty in recent months. In your opinion, what is the main worry in the sector currently?

Roque: The principal concern of international companies and investors is the uncertainty that the electricity law could cause, and a lot of people are holding off on further investments while they wait to see what will happen. The problem is that since the beginning of this administration, several documents have been published which have affected the wholesale electricity market. It started with the document that included the new criteria for the awarding of CELs in 2018, followed by the document from power grid operator Cenace and the reliability policy in 2020, and now the “counter reform.”

The punches have been constant and have created an environment of constant uncertainty and loss for Mexicans. Many investors have goals for capital allocation and, if Mexico isn’t the right platform for it, they will go to other countries where investment is more welcomed.

NGI: Is CFE capable of guaranteeing the supply of energy that Mexico currently demands?

Roque: CFE doesn’t have the generation capacity to satisfy the entire demand of the country. Also, we must remember that the core business of CFE is transmission. And for that reason, CFE should leave generation activities to private companies that can produce power in a more efficient and lower cost way.

Editor’s Note: NGI’s Mexico Gas Price Index, a leader tracking Mexico natural gas market reform, offers the above question-and-answer (Q&A) column as part of a regular interview series with experts in the Mexican natural gas market. Roque is the 51st expert to participate in the series.