Mexico’s central bank (Banxico) has downwardly revised its 2019 and 2020 economic growth forecasts for the country, citing both external factors and uncertainty over the government’s policies at home, as well as concern over the outlook for national oil company Petróleos Mexicanos (Pemex). 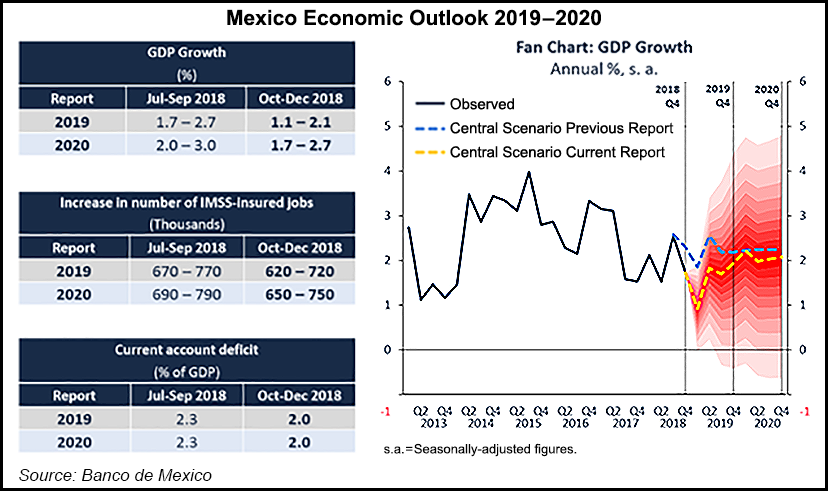 Fitch Ratings in January downgraded Pemex’s debt by two notches, “which will mean higher financing costs for the company,” Banxico said. The downgrade also reflects “the challenges that [Pemex] faces, highlighting its importance for the country’s economy and, in particular, public finances.”

Fitch cited Pemex’s onerous tax burden, inability to stabilize oil and gas production, and diversion of capital allocation from exploration and production to the less profitable refining segment, as factors that led to the downgrade.

According to newspaper El Financiero, Pemex has instructed industrial gas consumers in central Mexico to reduce their consumption by 27%, “due to distribution problems” at one of its gas processing centers in Veracruz state.