Utica Shale operators are discovering that with some patience and seasoning, estimated ultimate recoveries (EUR) for liquids reserves appear to move higher. 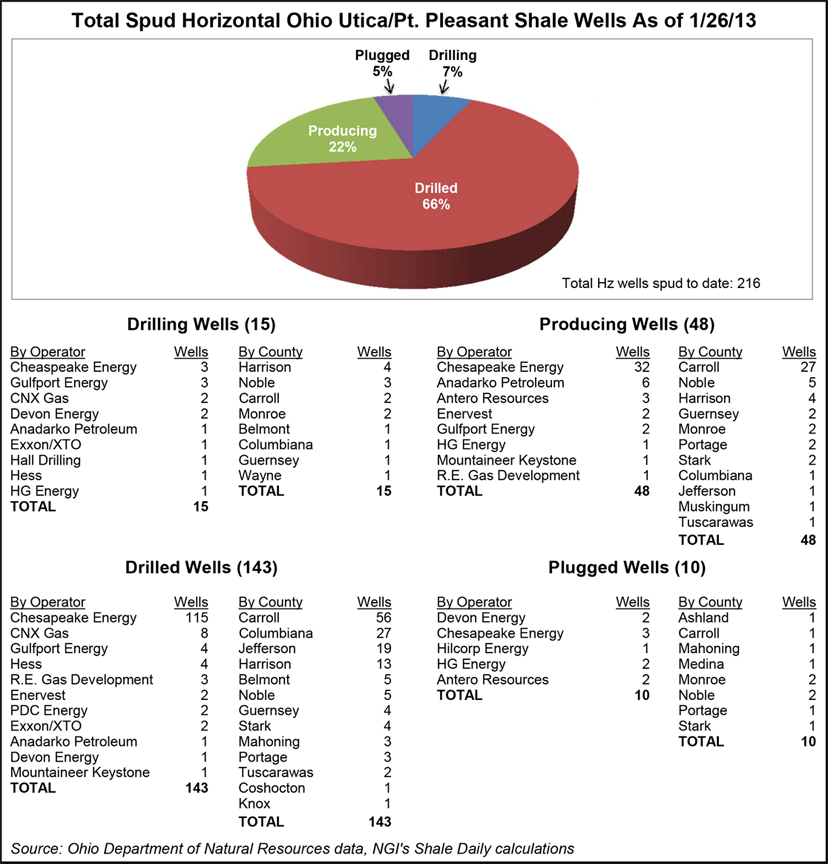 Manuj Nikhanj, who heads energy research for ITG Investment Research Inc. (ITG IR), detailed Utica well results to date at Hart Energy’s Marcellus-Utica Midstream Conference & Exhibition in Pittsburgh. He and associates Ryan Horvat and Gillian Surbey took a close look at the economics of the Appalachian play, as well as that of big sister Marcellus, and found that producers are using their growing expertise to improve a well’s performance.

Only 200 or so wells have been drilled in the Utica/Point Pleasant formation — much fewer than in some of the more familiar unconventional basins. ITG IR’s researchers, composed of financial analysts, economists, engineers and engineering technologists, used raw data from various sources to determine how successful operations are today and where results may be tomorrow.

Most operators are touting their liquids numbers, but “Utica Shale rates are getting gassier,” based on early results, Nikhanj told the audience Wednesday. IHS Inc. last year had reported strong natural gas results from the first wells with more oily potential once more delineation of the wide and deep play is completed (see Shale Daily, Oct. 4, 2012).

Many operators report that they are operating in the “Utica Shale,” but the target zone today is Point Pleasant, said Nikhaj. The Utica is a tight formation, he said, clay-rich and relatively tight with only 3% effective porosity. Point Pleasant has a low clay content, with higher permeability and more porosity. Utica porosity improves to the northeast, but it’s not as good as Point Pleasant’s quality in the southern end of the play, he added.

Four of the “lean condensate” and dry gas wells “are in line or outperforming Eagle Ford shale’s decline profile, Nikhanj said. “In fact, they are on track to be 4-15 Bcfe wells,” including Chesapeake Energy Corp.’s Buell 8H, with test rates of 6.5 MMcfe/d and a 30-day initial production (IP) rate of 4.6 MMcfe/d. The well has been on production for more than 200 days; it’s 154% above the type curve, ITG IR found.

The early results from drilling in the rich condensate window gave producers’ pause. The wells “were disappointing at 3-4 MMcfe/d IPs and flowing pressure dropping abnormally fast.”

Utica operators, including Chesapeake, decided to cook up better results with some marinating — a technique where a well is drilled and then rested. Seasoning wells “is likely to increase EURs,” said Nikhanj. “This doesn’t appear to show up on tests’ rates, but it likely has more impact on oilier areas of the play.” Shutting in rich condensate wells for 60 days or less led to as little as 0% to as high as 50% liquids content. The wells shuttered for two to four months resulted in 50-65% liquids content.

Utica operators in the past few months have been revealing higher gassy results and lower liquids content. Last May on a post-processing basis, peak rates from the wet gas window averaged around 1,325 boe/d, with 415 b/d of oil, 260 b/d of natural gas liquids (NGL) and 3.9 MMcf/d of natural gas. However, three months later in August, post-processing basis results found peak rates had fallen to around 1,000 boe/d, averaging 205 b/d of oil, 150 b/d of NGLs and 3.8 MMcf/d of gas.

Of the 216 horizontal wells spud in Ohio’s Utica/Point Pleasant shale as of Jan. 26, two-thirds have been drilled and 22% are producing, according to Ohio Department of Natural Resources (ODNR) data. Another 5% are plugged, according to ODNR.