Japanese oil and gas exploration and production major Inpex Corp. has signed a heads of agreement with the Indonesian government to build the $20 billion Abadi liquified natural gas (LNG) project. 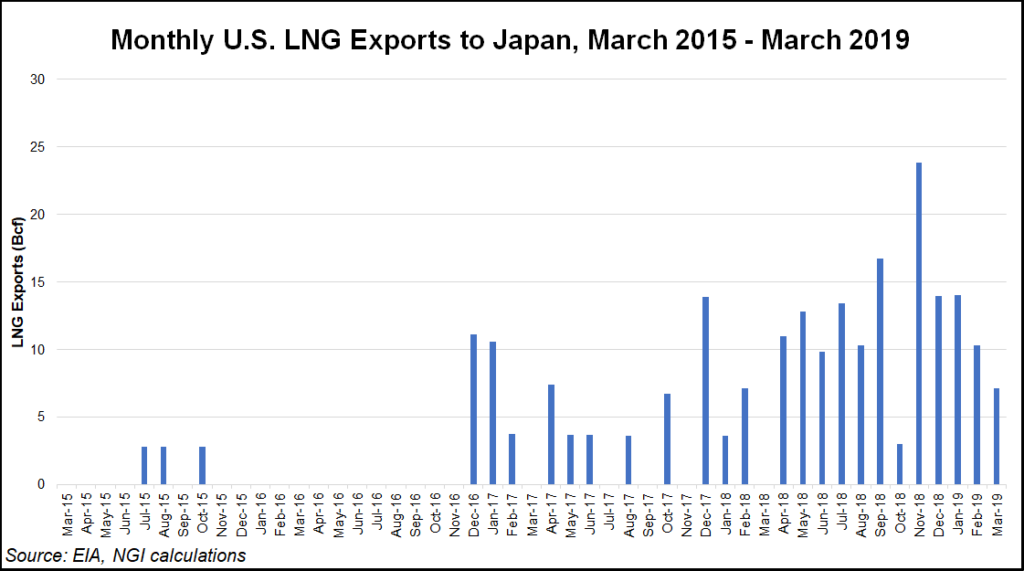 Inpex President Takayuki Ueda made the announcement on Sunday during a G-20 energy and environment meeting in Japan. Ueda said Inpex would submit a development plan for the project to the Indonesian government in the next several weeks. If approved, the company would move ahead with the front-end engineering and design work and aims to make a final investment decision (FID) within three years, with a completion date in the late 2020s.

“This is a massive LNG project,” Ueda said, adding that it would produce 9.5 million metric tons/year (mmty) once it becomes fully operational.

The project would source gas from Indonesia’s giant deepwater Masela block. Inpex acquired a 100% interest in the block in 1998, and in 2010 planned to develop a large-scale floating liquified natural gas (FLNG) facility to develop the gas. However, in 2016 the Indonesian government instructed the company to re-propose a plan to develop an onshore LNG facility.

Inpex holds a 65% share in the project, with oil and gas major Royal Dutch Shell plc, the world’s largest LNG buyer and seller, holding a 35% interest.

Shell is reportedly interested in selling its share in the project to raise around $1 billion to help pay down debt related to its purchase of BG Group in 2016.

“We will expand our growth by deploying our strength of undertaking [a value chain] from LNG procurements to electricity generation to Asia,” he said.

Jera is the world’s largest private LNG buyer, importing around 35 mmty, pivoting Japan from being not only the largest global LNG importer, but one of the most active secondary LNG traders in the Asia-Pacific region, which accounts for two-thirds of global LNG demand, with that demand growth set to increase further in the mid to long term.

Tokyo Gas, Japan’s largest utility, and First General Corp., a major Philippine power producer, in March obtained approval from the Philippine government to construct an LNG receiving terminal in Batangas province north of Manila, the Philippine capital. At least two other consortiums are considering building LNG terminals in the country, which has a history of LNG projects either being postponed or cancelled.

The challenge for the Philippines is that its offshore Malampaya natural gas field in the South China Sea, operated by Shell, and the main source of gas for Luzon, the country’s main island and its most populated, including Manila with 20-plus million people, will be depleted in less than five years, according to Philippine DOE estimates. Unless the Philippines acts soon and projects come to completion, it may run out of gas and have to turn to coal for power production to offset the loss of gas from the Malampaya field.

In October, Osaka Gas, also a large LNG importer, said it was considering expanding its operations in Southeast Asia, where natural gas demand is projected to grow in lockstep with economic expansion. The International Energy Agency earlier this year said Southeast Asia is on track to become the heart of future LNG demand growth to 2024.

New LNG importers have emerged in recent years in Asia, including Indonesia, Malaysia, Pakistan, Singapore and Thailand, while Bangladesh, Myanmar, the Philippines and Vietnam are expected to follow suit, according to a report by DNV GL in April.

Thailand has one operational LNG facility, the Map Ta Phut LNG terminal, which became operational in 2011 and was Southeast Asia’s first LNG import terminal. Thai-stated owned oil and gas major PTT has another LNG facility planned, while state-owned EGAT is planning to build a 5 mmty floating storage regasification unit in the Gulf of Thailand.

Vietnam doesn’t import LNG yet, but its first LNG terminal at Thi Vai port in the country’s southern Ba Ria-Vung Tau province is scheduled to become operational around 2023, with the possibility of more terminals being constructed to help offset a decline in the country’s domestic gas production.

Former Organization of the Petroleum Exporting Countries member Indonesia, Southeast Asia’s largest economy and the world’s fourth most populous country, also has hurdles to face in its energy sector. Amid depleting oil and gas resources and strong economic growth, Indonesia has been redirecting its energy sector from serving export markets to using its own resources for domestic consumption.

Indonesia’s LNG exports dropped by 8% in 2018 from the previous year. In January, the country said it would export a total of 185 LNG cargoes from its Tangguh and Bontang LNG export projects for 2019, below the 203 cargoes it exported last year.

However, in more positive news, Spanish oil and gas major Repsol SA and its partners claimed in February the largest natural gas discovery in Indonesia in 18 years and among the 10 largest finds worldwide in the past year. This gas discovery that could limit the need for imports in the future.

Repsol, which operates and holds a 45% stake in the Kali Berau Dalam well, or KBD-2X, onshore in the Sakakemang block in South Sumatra, said the find could hold 2 Tcf-plus of recoverable reserves.