Innovation and infrastructure investments, peppered with good old fashioned persistence, have cooked up an energy feast in North America, but it’s going to need astute chefs to manage it into the future, experts at Deloitte LLP said Tuesday. 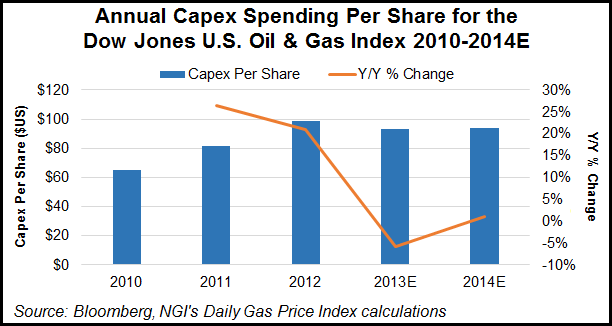 Deloitte oil and gas leader John England said the energy industry has led the United States out of a recession and continues to drive the economy. Now the “energy renaissance” has to be managed by the huge amount of investments.

“My optimism is very high about the oil and gas industry,” England said at Deloitte’s one-day conference in Houston.

U.S. energy supplies are solid and growing but the industry will continue to need huge amounts of capital investment and project management, according to one of three reports by the Deloitte Center for Energy Solutions.

To achieve the full potential of the unconventional renaissance will require sustained levels of onshore well activity across many basins for the next 20-30 years. In addition, the number of capital “megaprojects,” those with capital investments of $1 billion or more, is set to increase, driven by the push to develop:

It won’t be easy to achieve everything, in part because North America will be competing with global projects to develop similar resources, “larger and more technically complex than ever,” according to Deloitte.

“Although the industry has successfully completed many of these large-scale projects in the past, the sheer number of concurrent megaprojects around the world is unprecedented. Adding to these concerns is the deterioration in projected returns on capital, resulting from substantial budget overruns, which are challenging to even the most experienced companies in the industry.”

“Uncertainty regarding energy policy and potential legislation and regulations has many projects in the United States, as well as Canada, in a state of limbo,” including potential policy decisions involving liquefied natural gas (LNG) exports, cross-border pipeline projects “and evolving environmental regulations, amount to tens of billions of investment dollars at stake.”

To address the myriad issues, oil and gas operators are working proactively gain the technical expertise, critical materials and capital.

“The North American oil and gas industry will likely require more complex financing structures to meet the level and breadth of investment forecast.”

In the onshore, “large and midsize independents have financed shale gas and tight oil plays, along with debt and joint ventures” using historical cash flow, while the juniors and private explorers increasingly are supported by private equity, high-yield notes and debt, Deloitte noted.

The super majors and large independents traditionally have helmed the mega projects in the deepwater and for LNG projects worldwide, but increasingly, a “new set of players,” smaller independents financed with private backing or through joint ventures, are pushing into the deepwater and/or want to take part in megaprojects like LNG facilities.

” The oil and gas industry has shown a consistent ability to innovate and meet the challenges it faces, and we believe this same spirit of innovation will allow it to address the challenges of the energy renaissance.”