European energy markets are in need of more liquidity to deal with the increasing risk of trading volatile commodities and continue operating properly, according to a panel of experts that discussed the continent’s energy crisis last week. 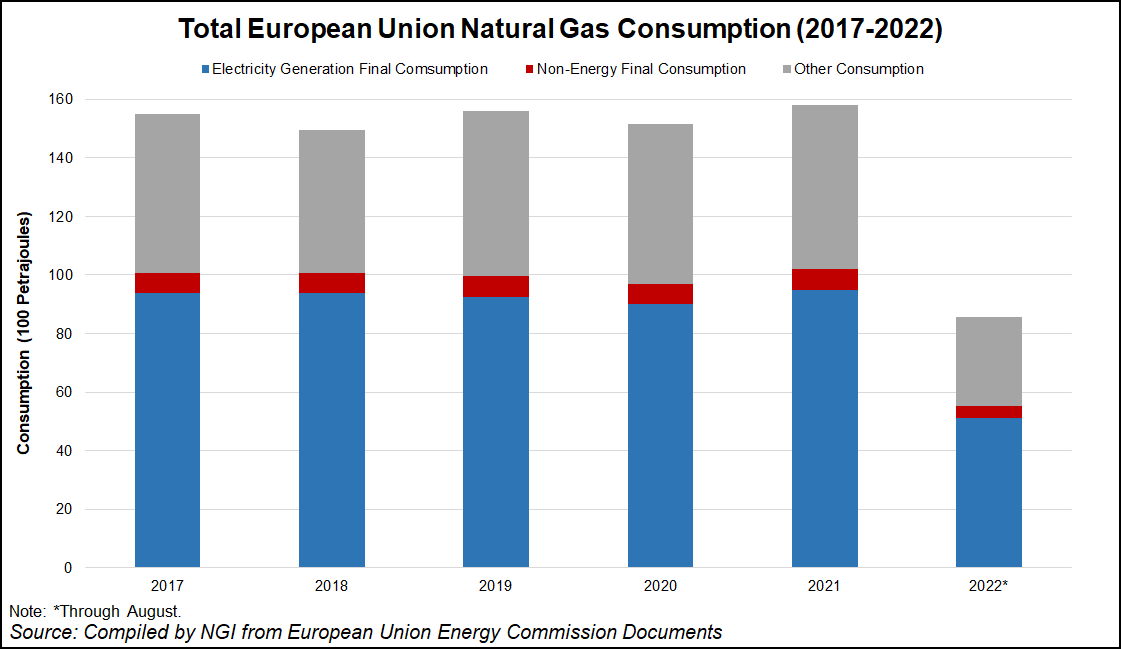 She said the “biggest challenge” facing the market is how to inject more liquidity to help with the massive costs of commodities and rising margin calls facing the trading community.

“This has really been the kind of year where initial margins, variation margins, margin calls, are the things dominating a lot of conversations,” added European Federation of Energy Traders CEO Mark Copley.

Natural gas is the marginal producer of electricity in most European nations. As a result, the cost of power and gas contracts are usually highly correlated. Both have hit record highs this year amid gas supply shortages that deepened after Russia invaded Ukraine and limited deliveries to Europe. Since then, energy industry groups have pushed for changes to trading rules, while regulators have considered a litany of proposals to limit the impacts of soaring energy costs on businesses and consumers.

Liquidity issues have varied among member states in the European Union (EU). Richer members have handled the crisis better with cash on hand to pump into the energy sector, said Christian Baer, secretary general of Europex, a trade group that represents European energy exchanges.

Wealthier nations such as Germany and France have spent billions of dollars on support packages to aid companies and consumers, which has made it easier to grapple with soaring costs. That’s drawn the ire of smaller nations that can’t afford similar measures that have spurred energy consumption at a time when nations should be focused on curbing it.

How to better coordinate financial aid has proved elusive, Baer said, noting that soaring prices have hit exchanges too as trading volumes have been cut.

“The European Central Bank is a monetary policy actor and they can’t provide liquidity instruments from a monetary perspective purely,” he said. “…It’s all taken us by surprise. Two years ago, we were discussing negative gas prices. We all hope that the crisis will move to different waters, although I don’t think we’ll be out of it anytime soon.”

The European Commission (EC), the EU’s executive branch, is facing “extreme pressure” to rapidly implement policies that will further ease the financial burdens of high energy prices, said one member of the EC’s Energy Platform Task Force, which was formed to coordinate response measures to the crisis.

The Commission has rolled out myriad proposals since late last year when prices started increasing significantly, some of which have been adopted and implemented. They include voluntary gas consumption cuts, levies on windfall profits by fossil fuel companies and plans to reduce electricity consumption, among other things.

“I think the Commission has done the right thing so far,” Baer said. He added, however, that the market remains short of natural gas supplies and that further regulatory measures will only do so much to change that. “Demand reduction should be key,” he said.

After approving several measures to help businesses and consumers last week, EU energy ministers will meet in Prague next week to continue discussing a price cap on imported natural gas. Kawann said it’s hard to say what will come next from European governments, but she joined panelists and others who spoke at the event last week in saying far more intervention is likely to come.

She stressed that her agency has little desire to take more control over the energy market, noting that regulators do not have the deep expertise required to do so.

The EC also “believes in markets” and does not want to upend their structures, the Energy Platform Task Force member said. However, the market was unprepared for the depth of the crisis which will continue necessitating some level of regulatory intervention, the member said.