Indianapolis Power & Light Co. (IPL) plans to repower the last coal-fired unit at its Harding Street Generation Station (HSS) from coal to natural gas. The repowering would end the burning of coal at HSS by 2016 and make natural gas the utility’s most-used fuel for power generation. 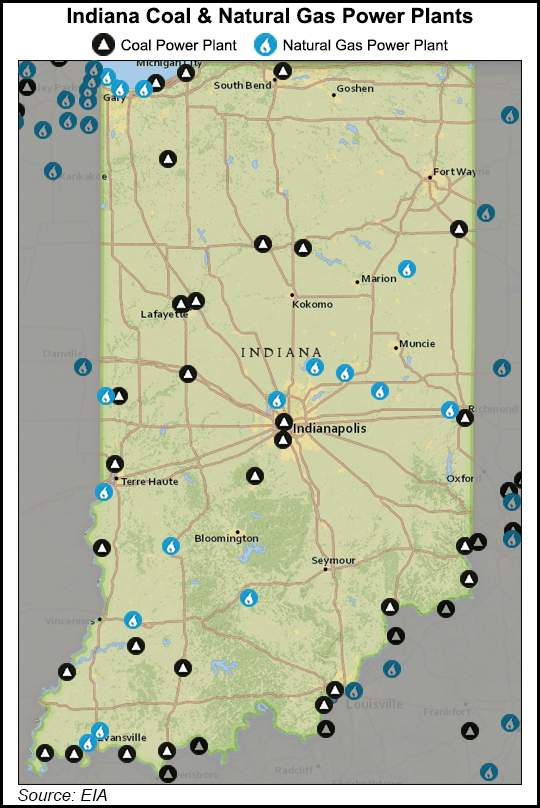 The utility said it would soon file plans with the Indiana Utility Regulatory Commission (IURC) for repowering of Unit 7 at HSS.

“IPL has a commitment to provide affordable electricity, and converting Harding Street Unit 7 to natural gas is the best plan for our customers because it is the reasonable, least-cost option,” said IPL CEO Kelly Huntington. “Compliance with current and future EPA standards will continue to increase the cost of electricity for our customers.”

In May, IPL received approval from the IURC to convert Harding Street Units 5 and 6 from coal to natural gas. IPL plans to stop burning coal at the Harding Street power plant in 2016 if plans to convert Unit 7 are approved. The HSS compliance plan will cost the typical IPL residential customer about $1 per month, according to the utility.

“IPL has faced some difficult choices regarding how to balance the impact of upcoming EPA regulations and the effect these mandates have on its customers,” said Indianapolis Mayor Greg Ballard. “Even during this difficult time, IPL remains focused on its customers, the community and finding creative solutions to increase sustainability.”

Environmentalists also praised the move. “Ending the use of coal not only benefits the health and environment of our community, but will go a long way in protecting the pocketbooks of ratepayers,” said Kerwin Olson, executive director of Citizens Action Coalition, which pushed for the repowering.

As a result of converting Unit 7 to natural gas, the nearby Harding Street coal pile and ash ponds will be closed.

In the past few years, IPL has announced the closure or refueling of 12 of its coal- or oil-fired power generating units (see Daily GPI, May 16, 2013). Last week, the U.S. Energy Information Administration projected an increasing role for natural gas in the power generation arena, in part due to the abundance of gas reserves available from shale plays (see Shale Daily, Aug. 15).