The continuing shale gas boom is having a “massive impact” on the U.S. energy market, particularly a revival for various smart grid developments, according to a report released by IMS Research, a unit of the global research/consulting firm IHS. 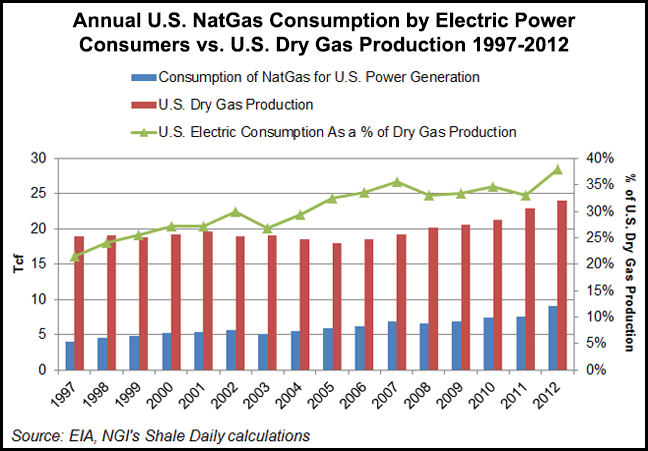 The report predicts that shale gas will “play a key role” in the ultimate development of a smart electricity grid by facilitating various aspects of natural gas as a source of power generation.

“The shale gas revolution in the United States is having a massive impact on the energy market, with the new energy production expected to bring the country closer to energy independence, an event with major economic and geopolitical ramifications,” according to Austin, TX-based Donald Henschel, a senior analyst in metering and energy manager for IHS, who calls natural gas “the single most popular topic of comment” on North American energy.

Henschel’s contention is that natural gas is “optimal” for use in smaller distributed-generation operations, which can form the basis of microgrids in the power sector. “The rising attractiveness of flexible, adaptive microgrids will help the smart grid grow to overcome the serious challenges faced by the utility sector.”

In turn, the 111-page report concludes that this will drive growth in the sales of various equipment needed to create the smart grid in coming years, such as smart electric meters and distribution automation hardware.

Driven by hydraulic fracturing (fracking), the shale gas boom has made natural gas in North America “extraordinarily cheap,” according to Henschel, who thinks the low prices are being sustained by “a lack of short-term export potential” as liquefaction export capabilities are being built.

“Gas-fired generation [historically] was more associated with peaking plants, offering rapid ramp-up during periods of peak use,” Henschel said. “[But] the low cost and environmental acceptance of natural gas has moved this fuel to a more central position.”

According to Energy Information Administration data and NGI’s Shale Daily calculations, U.S. power generator consumption of natural gas as a percentage of dry gas production has risen from approximately 20% in 1997 to nearly 40% in 2012 (see chart).

The report notes that gas-fired plants are being depended on more as baseload — both new plants and converted coal-fired units. “The switch of natural gas from peaking load to baseload has been accompanied by improvements in overall efficiency for this fuel source,” the report noted, citing the 20% efficiency gains from combined-cycle over simple-cycle gas power plants.”

“The most modern, environmentally compliant coal plant technologies are no longer cost-competitive at natural gas’s current low prices,” said Henschel, noting that gas prices are projected to stay low at least until there are some sizable export facilities built and operating in North America.