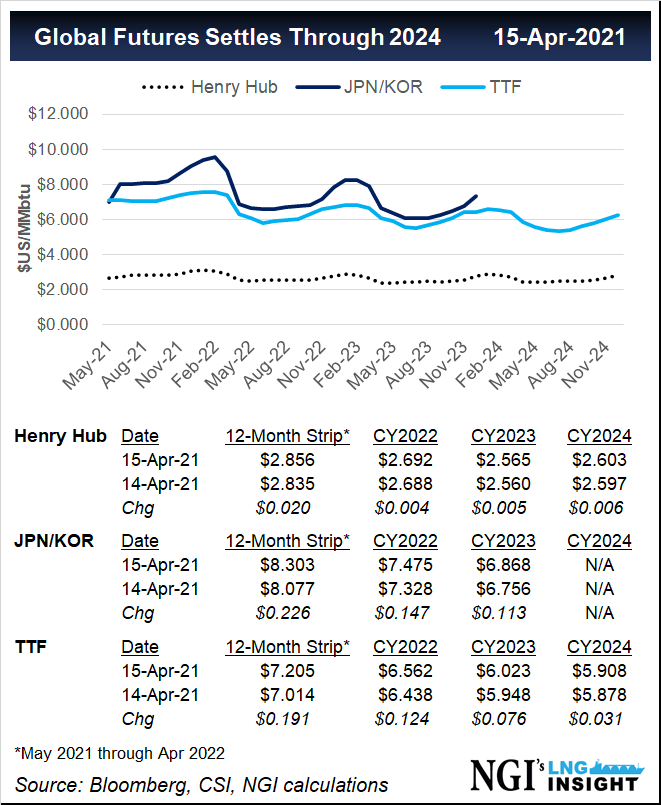 Open interest on TTF hit an unprecedented 18,184 lots on March 30, nearly 8% higher than the record previously reported in February, ICE said in a recent report. Volumes in March were also a record 6,423 lots.

“European storage has dropped to minus 18% versus the five-year average following a week of late season draws and, with Asian demand also strong, we simply don’t see enough gas to go around this summer to sufficiently re-stock inventory,” TPH analysts said. “This positions the market for a really strong summer as competition for gas heats up and, with fundamentals much more bullish than last winter, a repeat of the January pricing bonanza could certainly be in the cards.”

ICE also reported annual gains on the JKM contract, with futures open interest at the end of Q1 13% higher than Q1 2020. At 97,460 lots, it was the equivalent of close to 300 cargoes, according to the report.

At 78,634 lots, March JKM futures volumes were 26% above February. The figures also also surpassed year-ago volumes “which themselves had been bolstered by responses to the Covid pandemic,” ICE said.