A former supporter of liquefied natural gas (LNG), the governor of Hawaii said Wednesday that “liquid” natural gas has no place in his plans to transform his state to 100% renewable energy. 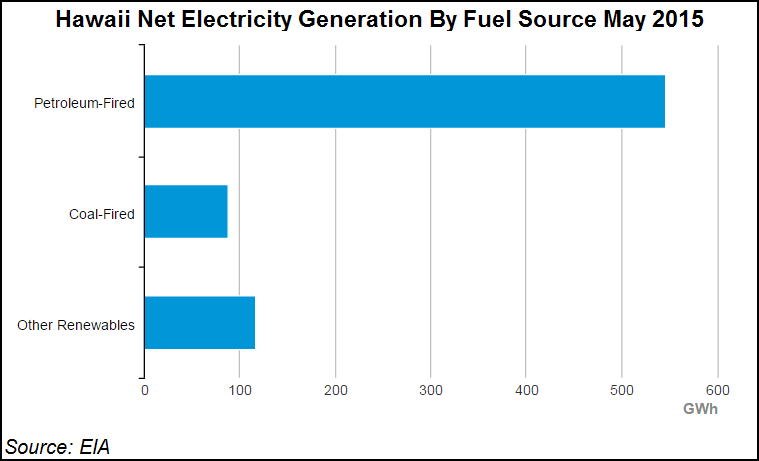 “When it was first proposed, I was willing to support [LNG] as a ‘transitional fuel’ because it had some clear advantages for Hawaii,” Gov. David Ige said at the Asia Pacific Resilience Innovation Summits & Expo in Honolulu, according to his prepared remarks.

“Those advantages were that [LNG] would result in considerable cost savings to us as ratepayers and because it would mean that we did not have to make huge investments in our current fossil fuel plants to meet national environmental rules. ‘Transitional’ also required that there be very limited capital investment to make it work as we need those dollars for our renewable work.”

Ige said “much has changed” since LNG had his support. LNG is no longer expected to save ratepayers money, he said, and meeting new federal environmental regulations, assuming they take effect, can be accomplished in other ways. “And the capital plans of those wishing to import LNG are anything but small.”

He allowed that utility Hawaii Gas’ current reliance on containerized LNG imports is OK as long as the gas is used only for its own needs and not those of Hawaiian Electric for power generation. “…Hawaii Gas can obtain [LNG] without great infrastructure [see Daily GPI, Oct. 30, 2014].” Last year, Hawaiian Electric said it was considering accessing some of the LNG supply sourced by Hawaii Gas (see Daily GPI, Sept. 3, 2014; April 10, 2014).

“LNG is a fossil fuel. LNG is imported. And any time or money spent on LNG is time and money not spent on renewable energy,” the governor said. Forsaking LNG imports will also spare Hawaiian neighborhoods the burden of LNG-related infrastructure, he said.

“So I have reached the conclusion that Hawaii does not need or want LNG in our future,” the governor said. “It is time to focus all of our efforts on renewable energy, and my administration will actively oppose the building of LNG facilities in Hawaii.”

Speaking on a separate panel at the same conference, representatives from Hawaii Gas and Hawaiian Electric Co. praised the application of LNG imports as a bridge fuel and said that when LNG is not needed for power generation, it could be redeployed to fuel transportation, according to an online report by Honolulu Civil Beat. A Hawaiian Electric spokesman did not immediately respond to a request for comment.