Georgia Power announced it was able to efficiently generate power using a 20% blend of hydrogen with natural gas in a month-long demonstration at one of its plants, which it said could validate the use of existing natural gas infrastructure to lower emissions. 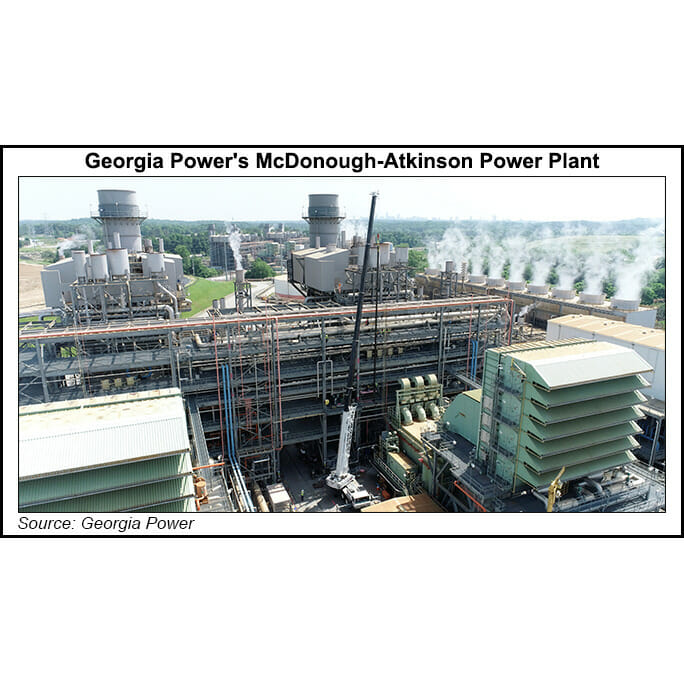 The utility collaborated with Mitsubishi Power Americas Inc. and the Electric Power Research Institute (EPRI) to complete real-world research on how to adapt existing turbines to use low-emission fuel blends. Mixing relatively high concentrations of hydrogen made using renewable electricity with natural gas, Georgia Power said it tested “partial and full-load” generation capabilities at a plant in Smyrna, GA.

In what the groups called “the largest test of this kind to date,” the fuel blend reportedly met generation benchmarks with an estimated 7% reduction in carbon emissions compared to only natural gas. Mitsubishi Power, the engineering lead on the project, partnered with Canada’s Certarus Ltd to source and manage the hydrogen supply during the month-long demonstration.

“This kind of research and development not only delivers long-term value for our customers, but also helps drive the entire energy industry forward toward a cleaner, carbon-free future,” Reaves said.

EPRI, the non-profit energy research group created in response to the Great Northeastern Blackout of 1965, is working on a detailed report of the testing. The organization said the report could be published later this summer.

Georgia Power is the largest electric utility owned by Atlanta-based Southern Company. It serves 2.7 million customers in almost every Georgia county with a mixed generation portfolio of natural gas, nuclear, coal and renewables.

Along with testing the capabilities of fuel blending, researchers said the demonstration was an “industry first” in proving companies could cost-effectively adapt existing turbines to high concentrations of hydrogen with little impact to maintenance.

Mitsubishi, the manufacturer of a large share of the gas turbines used by utilities and the liquefied natural gas industry, has been steadily testing the ability to retrofit its existing turbines to use hydrogen. In partnership with Entergy Texas, Mitsubishi has also been working to develop one of the first combined-cycle gas turbine plants in the United States that could eventually be adapted to use 100% hydrogen.

If replicated and accepted as industry practice, the test could answer a critique of hydrogen from advocates of renewable energy. Detractors of hydrogen have questioned the maintenance issues it could introduce in pipelines and gas turbines, especially in concentrations at or above 20%. However, local governments have also continued to set expirations dates for use of the natural gas infrastructure, including a recent ban on gas hookups in Los Angeles.

Major utilities have been exploring using hydrogen blended with natural gas to further the lifespan of infrastructure, especially in building heating. Companies have argued extending and even expanding use of natural gas with zero-carbon fuels will help them reduce emissions and limit financial impacts to customers.

Earlier in the month, the Department of Energy announced a $2.6 million Hydrogen Shot Incubator Prize to spur concepts to reduce the cost and increase the scale of hydrogen created with renewable electricity. The prize is a supplement to the DOE’s existing plans launched last year to fund technology breakthroughs that can reduce the cost of net-zero hydrogen to $1/kilogram within the decade.

EPRI’s Neva Espinoza, vice president of energy supply and low-carbon resources, said the test in Georgia is an example of how advancement of hydrogen technology “is essential to achieve net-zero targets by mid-century.”

“This successful hydrogen demonstration test reinforces the significant, game-changing role that this and other low-carbon technologies can play to help reach economy-wide decarbonization,” Espinoza said.