Natural gas futures continued to rebound early Thursday as traders awaited the latest government storage report and as models honed in on a frigid Lower 48 temperature outlook heading into the back half of December. 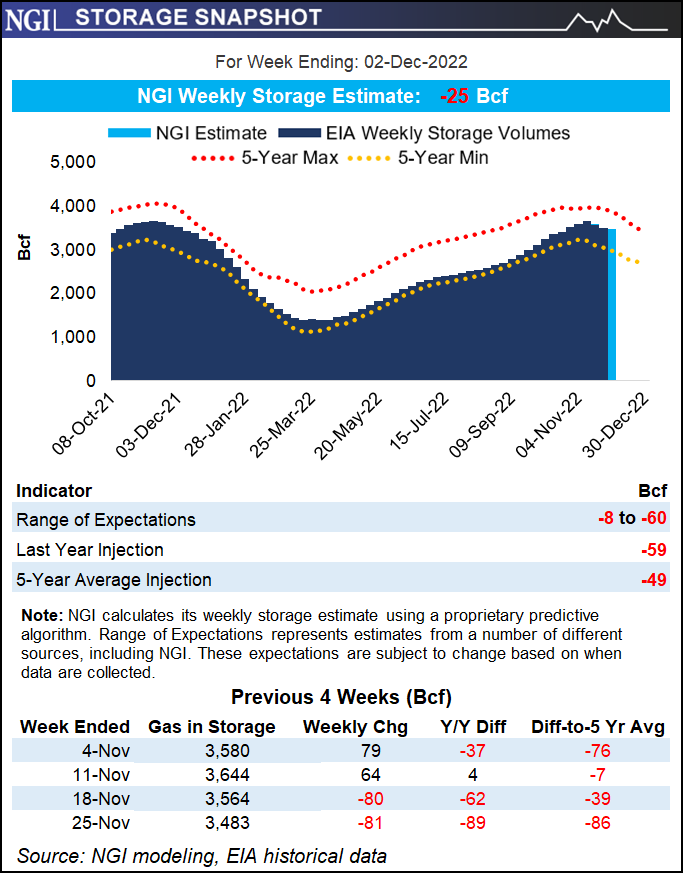 After a stretch of heavy selling going back to last week, the January contract rebounded in Wednesday’s session, bouncing “off a key technical inflection point near $5.38-5.40” that ushered in profit-taking among traders holding short positions, EBW Analytics Group senior analyst Eli Rubin said.

The gains also occurred on a colder temperature outlook for later in the month, the analyst noted.

“If weather holds,” the 15-day forecast period “could look particularly supportive by early next week,” Rubin said. “Fundamentally, however, it will take a notably bullish forecast shift just to claw back weather-driven demand and Freeport LNG demand losses over the past week.”

Meanwhile, the latest Energy Information Administration (EIA) storage report, scheduled for 10:30 a.m. ET, could also influence the direction of trading. Major surveys show expectations centering around a withdrawal of around 25-30 Bcf for the week ended Dec. 2.

A Wall Street Journal survey of 14 analysts averaged a withdrawal of 30 Bcf. A Bloomberg survey showed estimates as low as 8 Bcf with a median of 31 Bcf, while Reuters’ poll produced a median 27 Bcf withdrawal. NGI modeled a 25 Bcf decline in stocks.

A print in line with estimates would compare bearishly to the five-year average withdrawal of 49 Bcf. For the year-earlier period, EIA recorded a 59 Bcf pull.

“It was warmer than normal over most of the U.S. besides portions of the West and Northern Plains,” NatGasWeather said of temperatures during the latest EIA report period. “We expect a draw of 31 Bcf,” though predicting this week’s print is “tricky due to the Thanksgiving/Black Friday holiday and stronger week/week wind generation.”

Meanwhile, overnight weather data trends were mixed, including colder adjustments from the American model and degree day losses from the European dataset, according to the firm.

Recent model performance might raise doubts over how much cold will eventually materialize, but “this time the natural gas markets are viewing the odds of cold arriving as a higher probability, and likely rightfully so,” NatGasWeather added. “The strong ridge over the eastern half of the U.S. looks to finally weaken enough to allow subfreezing air over Canada to spread across the U.S. relatively unabated.” 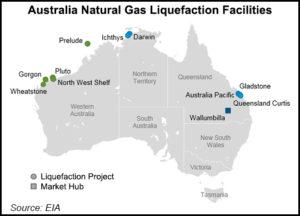