The European Energy Exchange (EEX) said this week that it has taken steps to enable negative prices on its natural gas spot markets beginning Oct. 1, following a “number of key price fluctuations” that have occurred on the market in recent months. 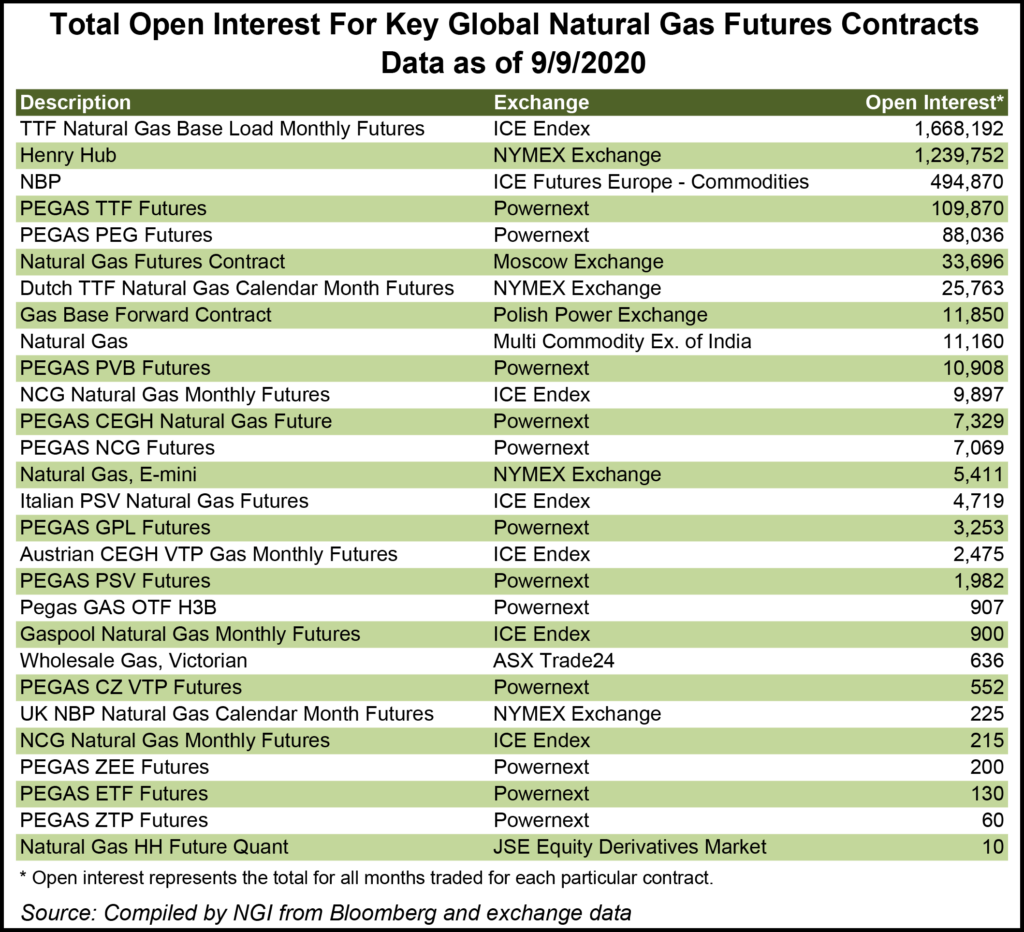 “The move will allow the exchange to handle any price scenario that may arise in the future,” EEX said, adding that the effective date was set in cooperation with regulators, infrastructure operators and traders.

“By enabling negative prices, we aim to provide the gas market and its participants with more flexibility, thereby ensuring that supply and demand can be matched at all times and under all circumstances,” said Chief Strategy Officer Tobias Paulun.

While less gas trading occurs on EEX compared to the Intercontinental Exchange (ICE) and New York Mercantile Exchange, it is still an important market. After merging Powernext activities into EEX earlier this year, the exchange offers contracts on power, natural gas and emission allowances as well as freight and agricultural products. Among its natural gas offerings are spot and futures for the major European gas hubs, along with options contracts and Japan Korea Marker (JKM) LNG futures.

EEX said it’s already been handling negative prices in the power spot market for over a decade. Futures contracts on ICE, including the Dutch Title Transfer Facility, Henry Hub, the National Balancing Point in the UK and JKM can all trade at negative levels. CME Group announced in May that it also put measures in place to support negative prices and strikes on leading global gas contracts.

The CME and EEX moves came after the May West Texas Intermediate crude oil futures contract plummeted into negative territory on April 20 amid an unprecedented global oil surplus and lack of demand caused by the Covid-19 pandemic. Permian Basin natural gas cash prices also fell into negative territory on more than one occasion last year amid a boom in associated gas production that was stymied by a lack of takeaway infrastructure.

“It’s one thing for Waha or AECO to settle in the negatives, since those are regional indexes based on North American fundamentals, but oil is global,” said NGI’s Patrick Rau, director of strategy and research. “So when that settled negative, I think it sent a signal to Europe” that something similar could happen to commodity prices there.

While global gas prices have been moving upward with winter nearing, the market has questioned whether negative gas prices are a possibility as European storage is nearly full, questions remain about demand recovery and concerns persist over another wave of Covid-19 cases.

Rau noted that when crude settled in negative territory earlier this year, it caught the market off guard and many “were ill prepared.” EEX and CME, he said, have taken steps in recent months to prepare in case it happens to leading natural gas benchmarks.